National Obama, Putin Circle Each Other in China
National 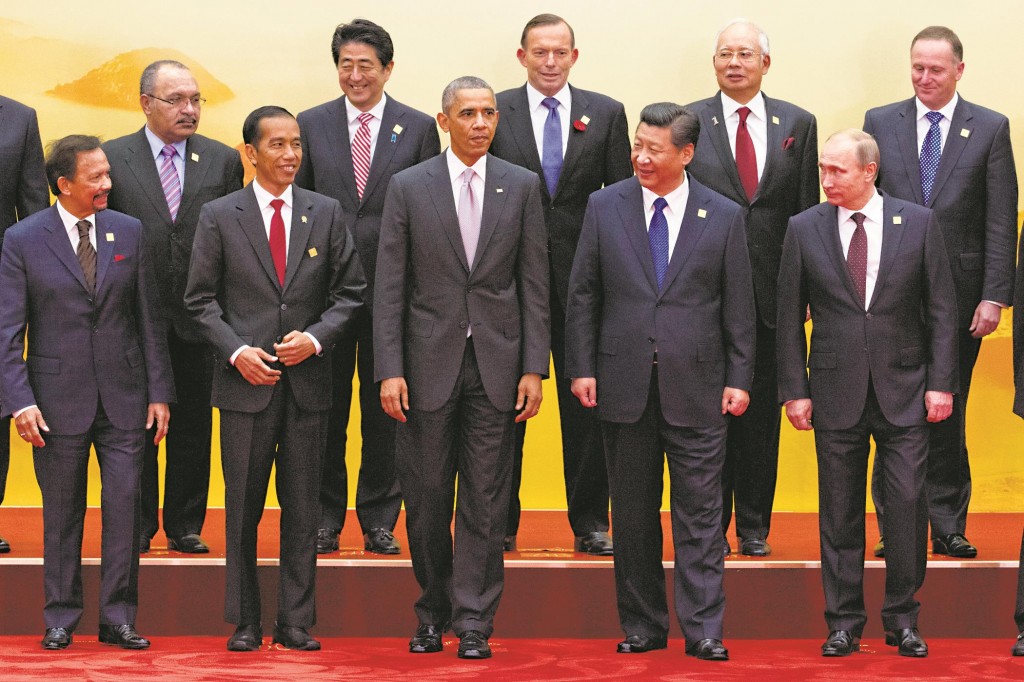 On the surface, President Barack Obama and Russian President Vladimir Putin were all niceties — a pat on the back here, a pleasantry there. But away from the cameras, the two leaders circled each other warily at a global summit in China, coming face to face while relations between their countries continue to deteriorate.

The White House said Obama and Putin spoke three times Tuesday on the sidelines of an Asia-Pacific economic meeting, tackling some of the tough issues that have strained their relationship, including Russia’s provocations in Ukraine and support for Syria’s embattled government. They also discussed the fast-approaching deadline in nuclear talks with Iran, in which the U.S. and Russia find themselves on the same negotiating team.

Unlike at some of their past meetings, Obama and Putin kept their deep-seated policy disagreements behind the scenes. But their public encounters suggested their relationship remains tense.

Picturesque Yanqi Lake, just outside of Beijing, became the venue for an awkward pas de deux between two of the most powerful leaders in the world. Entering an ornate, wood-paneled room for the start of the summit, Obama and Putin looked a bit like sidekicks to Chinese President Xi Jinping. The summit’s host led the way, with the American on one side and the Russian on the other.

“It’s beautiful, isn’t it?” Putin said in Obama’s direction. Yes, it is, concurred a reticent Obama, avoiding eye contact with Putin and addressing his response to no one in particular.

As the three presidents came to a stop at the head of the table, Putin reached out to give Obama a slap on the back. But Obama had turned in a different direction, and it didn’t appear that the Putin’s hand landed on its intended target.

A few hours later, the two again found themselves in close quarters under an overcast sky as leaders planted trees in honor of their countries. Putin strode confidently up to his tree, ahead of Obama, who clasped his hands behind his back before picking up a shovel and greeting a Spanish media crew with a wave.

Neither the White House nor the Kremlin offered much in the way of detail about the policy conversations Obama and Putin had on the sidelines of the summit. Putin’s spokesman said only that the two had spoken a few times, touching on “bilateral relations, the situation around Ukraine, Syria and Iran.”

The U.S. is furious over Russia’s presumed role in fueling pro-Russian rebels in neighboring Ukraine. White House officials have accused Russia of sending heavy weapons to the separatists and shelling Ukrainian troops, and have denounced Russia’s buildup of forces along the border.

A truce reached in September between the rebels and Ukraine’s government is teetering, destabilized by what the White House calls a “blatant escalation” by Russia and rebel-organized elections in eastern Ukraine that the U.S. condemned as a “sham.” Vice President Joe Biden, in a phone call last week with Ukraine’s president, vowed further U.S. sanctions against Moscow “if Russia continued to willfully violate the terms” of the cease-fire.

Russia’s economy has taken a major hit following U.S. and EU sanctions — the ruble has plunged by a third this year and hit an all-time low last week — but Putin has dismissed the notion that he’s hurting at the hands of the West. Addressing the Asia-Pacific economic summit here Monday, Putin said his government had the resources to stabilize its currency without taking any emergency measures.