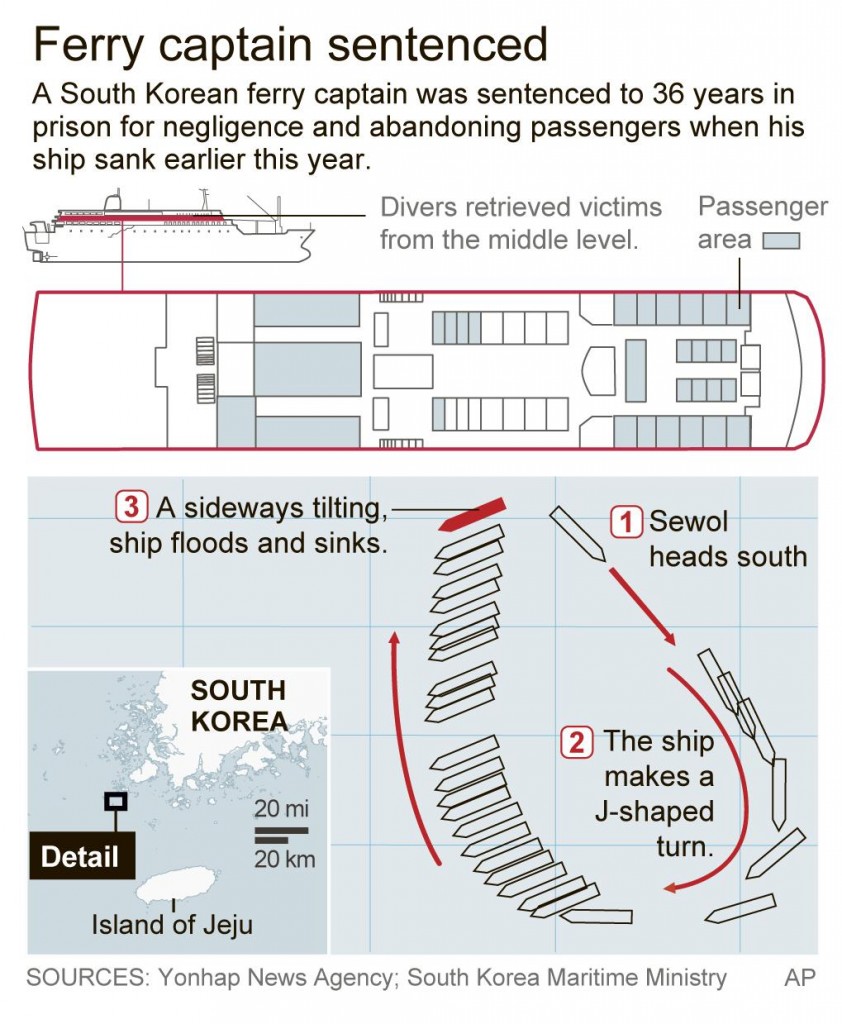 Enraged parents wept and screamed as a judge sentenced a South Korean ferry captain to 36 years in prison Tuesday for negligence and abandoning passengers when his ship sank earlier this year, killing more than 300 people, mostly high school students.

The highly anticipated verdict came on the same day officials called off searches for the final nine victims and reflects the continuing grief and finger-pointing over one of the worst disasters in South Korean history.

Victims’ relatives immediately criticized the sentences for Capt. Lee Joon-seok and 14 other crew members as too lenient. Lee was acquitted of a homicide charge, which could have carried a death sentence, because the court said there wasn’t proof that he knew his actions would cause such a massive loss of life.

“Do you know how many children are dead?” one relative shouted out during the sentencing, according to Kook Joung-don, a lawyer for the relatives. “This isn’t right,” another screamed.

The intense anger points to the lack of closure many here feel over the sinking. The tragedy shocked a country that had grown used to thinking of itself as an ultra-modern economic, diplomatic and cultural powerhouse — a country that had left behind a string of deadly, high-profile accidents blamed on failures of infrastructure and regulation as it rose from poverty, war and dictatorship.

More than half-a-year after the ferry sank, the country still grapples with recriminations over claims that authorities’ incompetence during rescue efforts, along with the greed, corruption and lack of interest in safety by government regulators and the ship’s owners and operators, doomed the victims.