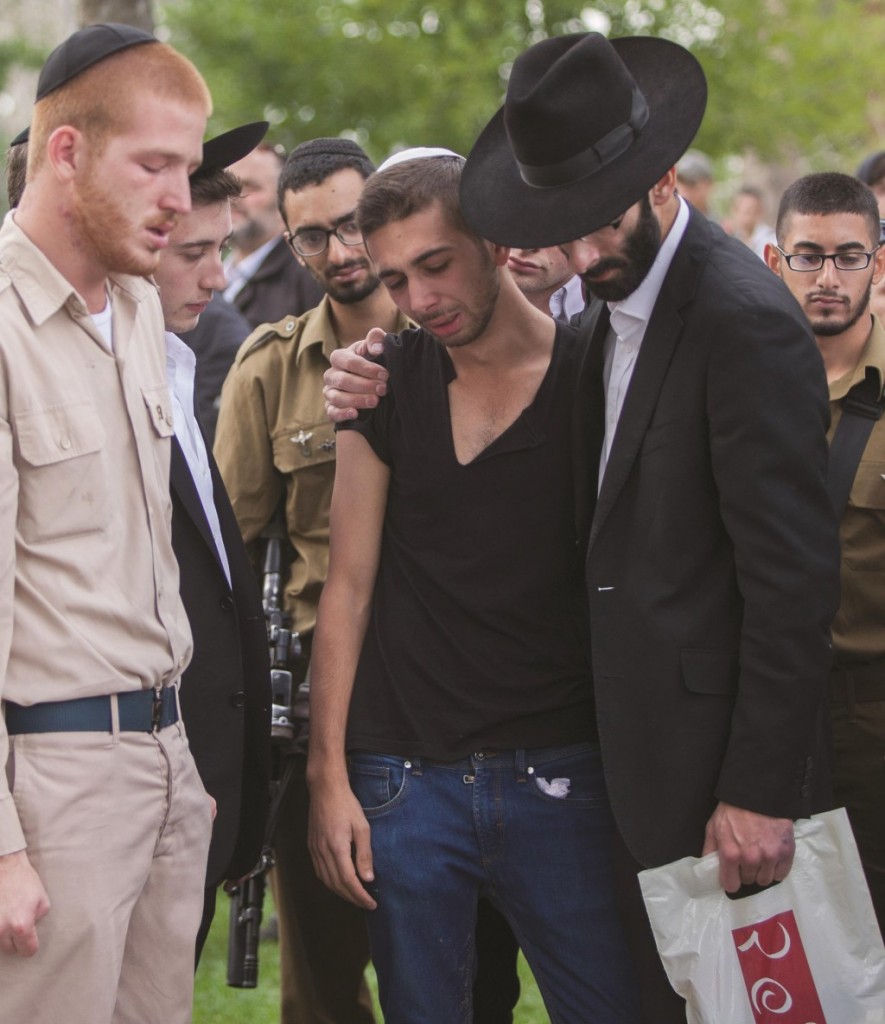 The Jewish people in Israel were in mourning again on Tuesday as the latest victims of Palestinian terrorism — Almog Shiloni, Hy”d, and Dalia Lumkus, Hy”d — were laid to rest.

Sergeant Almog Shiloni, 20, who was stabbed in Tel Aviv Monday, was buried at the military cemetery on Mount Herzl in Yerushalayim.

Rabbi Dov Lifshitz, of the Nahal Haredi Rabbis NGO, who had been with  Almog during his military service, said that he “was a true fearer of G-d. He did what he could to make the soldiers around him more knowledgeable in Torah and more G-d-fearing. He was a commander whose subordinates admired him. My heart breaks over his murder by an evil person.”

His twin brother Sahar told the approximately 1,000 mourners about Almog’s giving personality. About three weeks ago, his brother had brought home a guest:

“We met at home for Shabbat and you brought a lone soldier. It was so typical of you to bring someone who had nothing else to do, nowhere to go and nowhere to eat, and so you brought him to our home. Why? Because you are a person who looks out for others, worries about everyone, but you didn’t take care of yourself,” Sahar said.

“I had one heart and now I have half of a broken heart,” he concluded.

In Tekoa, family and friends paid their last respects to Dalia Lumkus, 26, Hy”d.

Dalia’s father, Nahum, told mourners that she had been killed for being a Jew living in Israel.

“The terrorist knew the truth, which is that the place where he lives belongs to us, to Dalia, and standing at the intersection of Alon Shvut proves this truth,” he said.

“There is one thing [the terrorist]did not understand: That his heinous act of murder will not succeed in breaking our stance and the stance of Israel. He murdered you because you were a Jewish woman living in the land of Israel. Here at your grave you connect all of us to this holy land.”

Knesset Speaker Yuli Edelstein also spoke at the levayah. He said he was familiar with the place where she was killed.

Lamkus was one of six children in her family. She worked as an occupational therapist for kindergarten children and volunteered for the Yad Sarah organization.