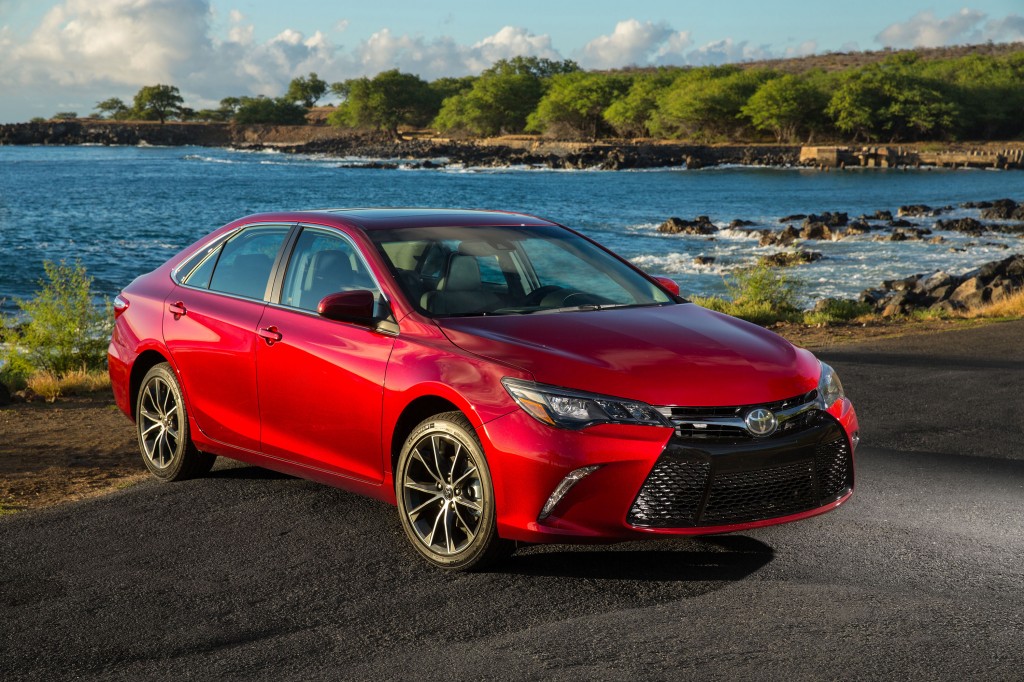 Toyota just made the biggest mid-course correction in the history of America’s best-selling car. The 2015 Toyota Camry (I give it three out of four stars) gets sharper steering, new looks and interior upgrades to keep pace with other midsize sedans.

In earlier days, Toyota might have tweaked the Camry’s bumpers and lights at this point, three years into the current model’s run. That leisurely pace won’t do anymore. Automakers have taken to speeding new features into vehicles, increasing the competitive pressure even on the leader.

Changes to the Camry include a stiffer body, dramatic new grille and 2,000 new parts. Every exterior panel save the roof is new. The interior gets soft new materials and controls.

The updates don’t lift the 2015 Camry to the head of its class, but they’ll catch shoppers’ eyes and keep it relevant.

The four-cylinder accounts for 84 percent of Camry sales, the hybrid 10 percent and the V6 six percent.

The Camry is a roomy and comfortable car, as I learned on a 1,100-mile drive from Jacksonville, Fla., to Detroit. It’s quiet on the highway, and the 2.5L engine is more than adequate for cruising on highways, Appalachian hills and city streets. The steering is responsive and firm. The suspension absorbs bumps with aplomb.

The Camry’s drivetrain is unchanged for 2015. Its fuel economy falls in the middle of the pack. The four-cylinder rated 25 mpg in the city, 35 on the highway and 28 in combined driving. The combined rating trails competitive models of the Malibu, Accord and Altima; beats the Fusion and Optima; and matches the 200, Sonata and Passat.

The Camry’s front seat has plenty of room and lots of cubbies for phone, iPod, sunglasses, etc. The rear seat has good knee and head room. The trunk is smaller than most competitors’, but a wide opening and regular shape make it accommodating.

Toyota focused on the interior’s materials, adding soft-touch covers to the dash and door tops. They look good, and the padded doors are elbow-savers on a long drive.

The center stack is new, to accommodate the latest version of Toyota’s Entune system for audio, navigation and connectivity. The touchscreen looks good, and using phone apps like Pandora Radio is far easier. The voice recognition in my car was frustratingly slow. The screen’s touch points are too small to use in a moving vehicle, though, and its response was slow.

The tuning of the adaptive cruise control needs work. It’s not as smooth or quick as the best competitors when it applies the brakes or accelerates on the highway.

Despite some shortcomings, the sum of the Camry’s new parts is likely to keep Toyota’s stalwart sedan America’s best-selling car.