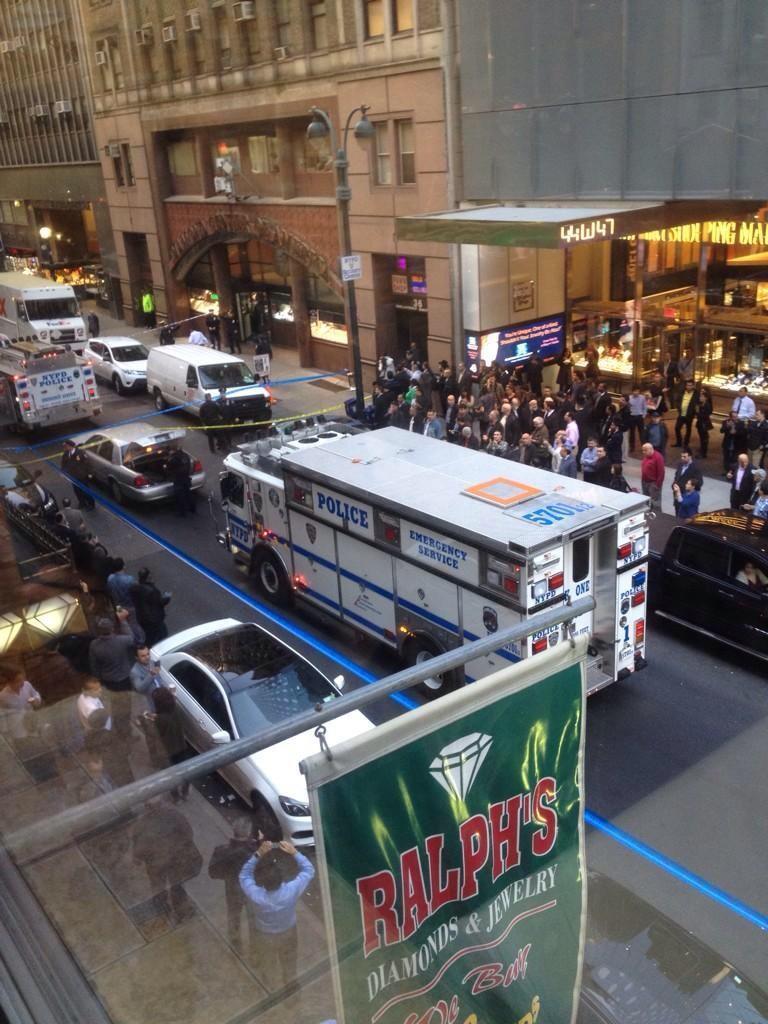 The 47th Street jewelry district was closed for a few hours on Tuesday after an armed heist attempt. As we went to print police were searching for the two suspects, who escaped without taking anything. No one was injured.

SWAT teams and sharpshooters surrounded the building housing the jeweler Stanley Zall and police and news helicopters circled above, but reports of hostages and machine gun fire were untrue, an eyewitness told Hamodia.

The two suspects entered a jewelry business on the eighth floor of the Midtown Manhattan building on 47th Street between Fifth and Sixth avenues and pistol-whipped the owner as they robbed him. He was not injured.

The heist came at the tail end of New York’s Veterans Day parade as military vehicles were driving by. There was some confusion when police vehicles arrived at the scene.