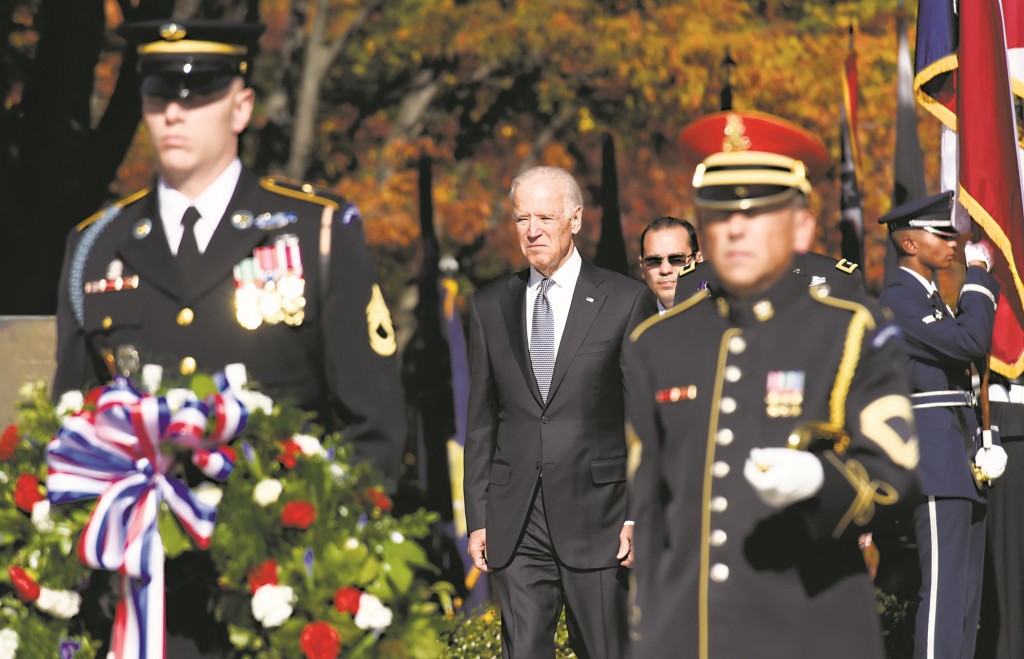 The U.S. capital marked Veterans Day on Tuesday with ceremonies at Arlington National Cemetery, where Vice President Joe Biden said the 23 million U.S. veterans were the backbone of the nation.

The commemoration at Arlington, where more than 40,000 military personnel and their families are buried, was part of a number of events in Washington.

Biden later told hundreds of onlookers, many of them veterans, that their service had made them “the most tested of all Americans.”

“You are not only the heart and soul but you are the very spine of  this nation,” he said.

President Barack Obama was absent on a trip to Asia. In a proclamation, he said his administration was working to end homelessness among veterans and was committed to providing them healthcare and access to education.

“We will never forget the heroes who made the ultimate sacrifice and all those who have not yet returned home,” he said.

The ceremony, under cloudless skies and amid autumn foliage, drew a scattering of uniformed military personnel and many veterans and their families.

“It’s good that I can be here for the ones who can’t, and remember the ones who didn’t come home,” said Army veteran Ray Footland, 44, from Pasadena, Maryland.

Among other Washington ceremonies marking Veterans Day, Defense Secretary Chuck Hagel was scheduled to attend a commemoration at the Vietnam Veterans Memorial.