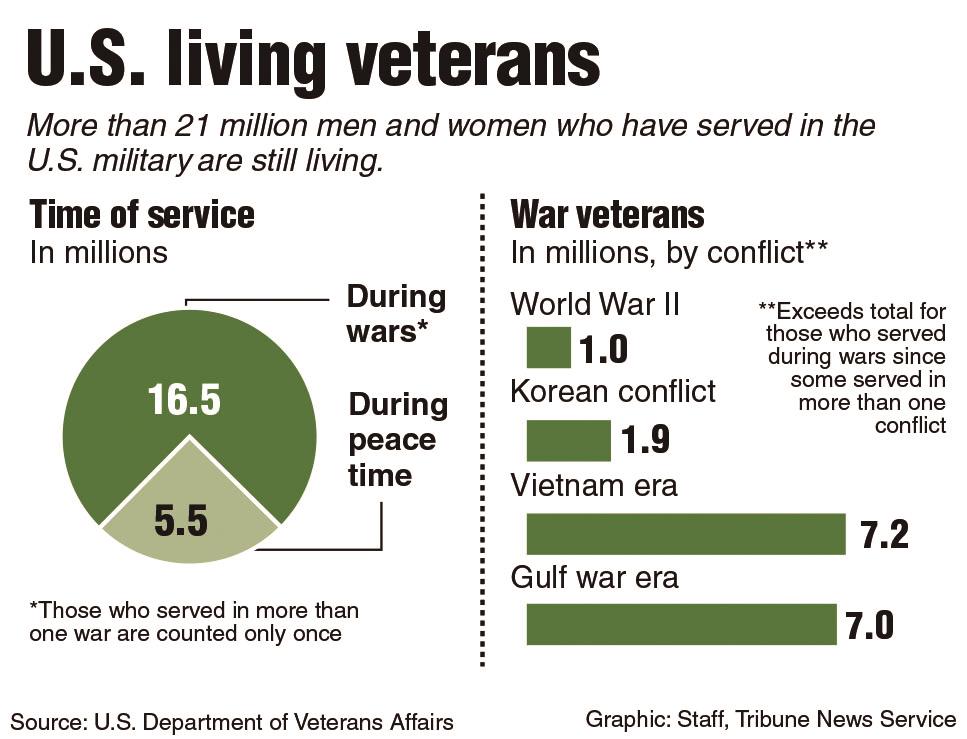 On the eve of Veterans Day, the Veterans Affairs Department announced a reorganization Monday designed to make it easier for veterans to gain access to the sprawling department and its maze-like websites.

VA Secretary Robert McDonald called the restructuring the largest in the department’s history and said it will bring a singular focus on customer service to an agency that serves 22 million veterans.

“As VA moves forward, we will judge the success of all our efforts against a single metric: the outcomes we provide for veterans,” McDonald said. The VA’s mission is to care for veterans, “so we must become more focused on veterans’ needs.”

The VA has been under intense scrutiny since a whistleblower reported this spring that dozens of veterans may have died while awaiting treatment, and that appointment records were manipulated to hide the delays. A report by the department’s inspector general said workers falsified waitlists while supervisors looked the other way, resulting in chronic delays for veterans seeking care and bonuses for managers who appeared to meet on-time goals.

As part of the restructuring, the VA will hire a chief customer service officer and simplify the way it is organized to deliver health care and other services, McDonald said. For instance, the department will create a single customer service structure with a limited number of regional divisions that will apply to all aspects of the agency.

The VA now has nine separate regional structures of varying size and at least a dozen websites, many with their own user names and passwords.