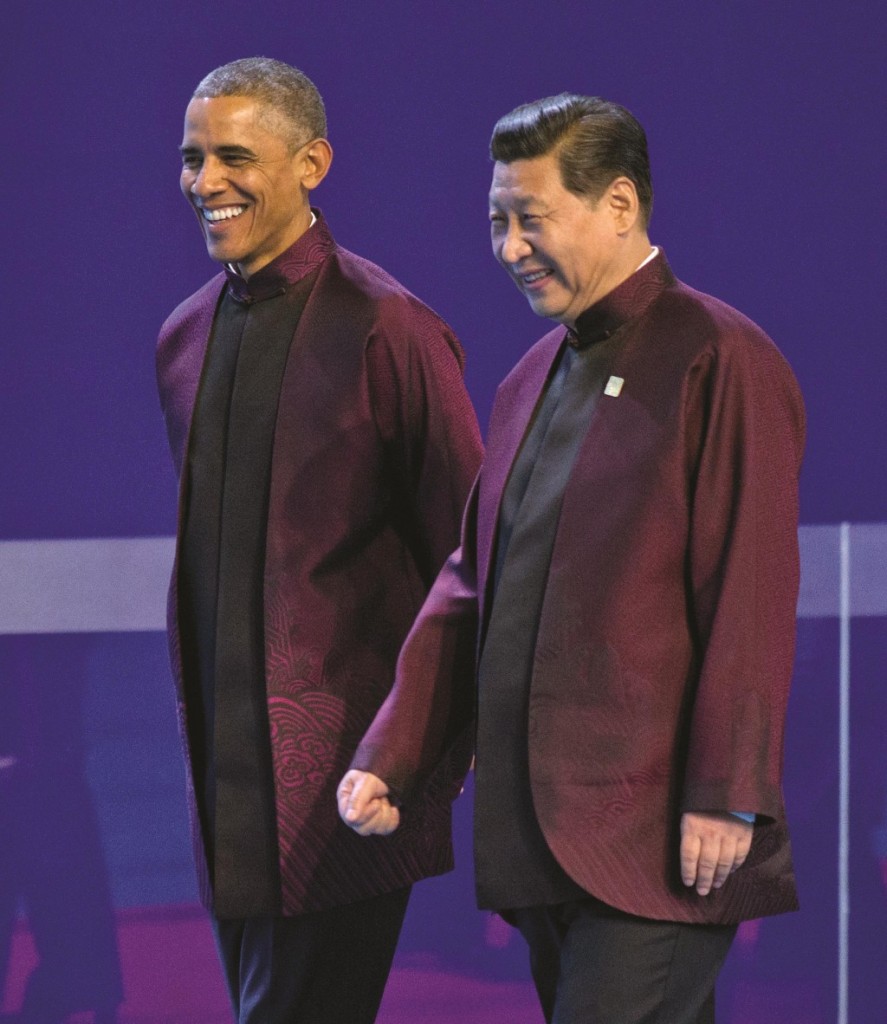 On his first day of a weeklong Asia trip, President Barack Obama was multitasking Monday: He sought to counter perceptions that he’s a weakened leader, tried to dispel claims that he seeks to “contain” China and yet obliquely criticized Beijing’s human rights record and trade policies.

Obama, speaking to the Asia-Pacific Economic Cooperation summit, announced an agreement to make it easier for Chinese and U.S. citizens to travel between their countries. He praised President Xi Jinping for helping to broker the new visa policy, which he said would facilitate business, education and tourism on both sides of the Pacific.

Yet he also noted several economic challenges the Pacific Rim faces, including widespread corruption and the discrimination women confront in starting businesses in male-dominated societies. While he didn’t mention China by name, some of his comments were clearly aimed toward APEC’s host country this year.

Obama is meeting with some of the 20 Pacific Rim leaders who are attending the annual Asia-Pacific summit in Beijing. APEC nations make up roughly 57 percent of the global economy, including the three largest economies: the United States, China and Japan. By traveling here, Obama is again trying to make the case that the United States’ future is tied to the prosperity of Asia.

After China, Obama will fly Wednesday to Myanmar, previously known as Burma, where he’ll engage with leaders of a country that no longer appears to be an emerging beacon of democracy in Asia. He then heads Saturday to Australia, where he’ll deliver another speech and briefly attend the G-20 economic summit of industrial and emerging-market nations in Brisbane. He will return to Washington on Sunday.