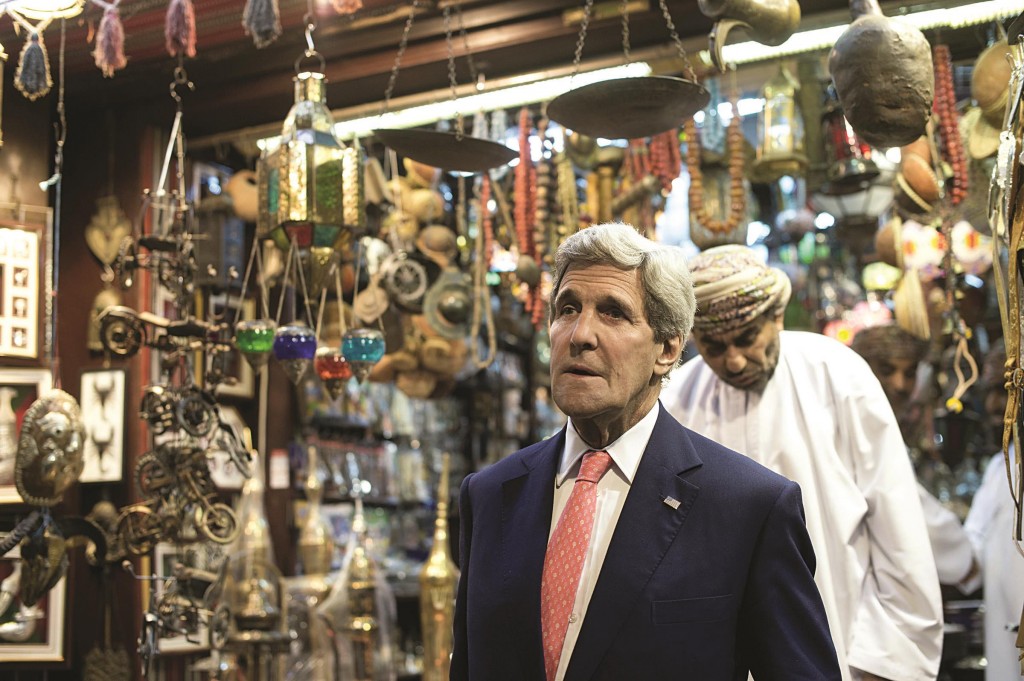 Iran, the United States and the European Union ended two days of high-level talks on Tehran’s nuclear program on Monday with no immediate sign they had bridged gaps ahead of a Nov. 24 deadline for an agreement.

A senior Iranian official told Reuters that minimal progress was made in the talks in Oman. “After hours of talks, we could make little progress,” the official said. “Still differences remain and still we have gaps over issues.”

She gave no further details, but said that they were “continuing to chip away at a very challenging issue.”

Kerry was leaving Oman late on Monday for an Asia-Pacific meeting in Beijing. Diplomats from Iran and the “P5+1” countries — the five U.N. Security Council members, plus Germany — were due to resume talks in Muscat on Tuesday ahead of a last-ditch push in Vienna next week to meet the Nov. 24 deadline.

The discussions aim to yield an accord that would put verifiable limits on Iran’s uranium enrichment work — and any other potential path to a nuclear weapon — in return for a gradual lifting of sanctions.

As they had begun an evening session of the closed-door talks at a luxury hotel, Kerry and Zarif were cautious. Asked whether the negotiating teams were making progress, Kerry merely replied: “We are working hard. We are working hard.”

Said Zarif: “We will eventually.”

The toughest outstanding issues are the size of Iran’s enrichment program, the length of any final accord and the pace at which sanctions would be phased out, diplomats say.