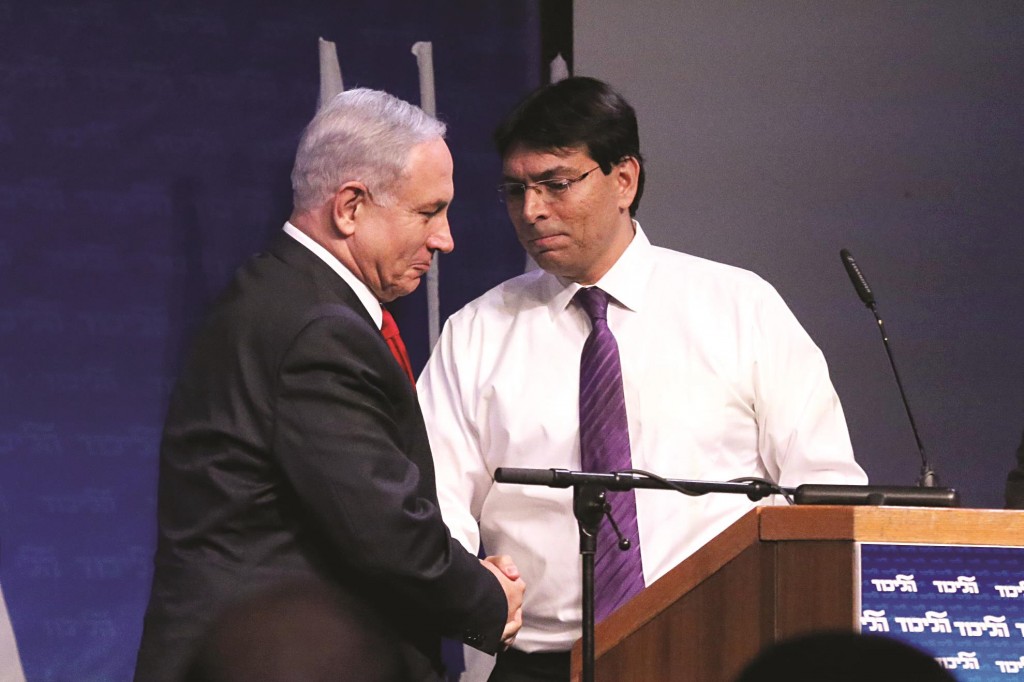 When the pundits list Israeli Prime Minister Binyamin Netanyahu’s global headaches they include the Palestinians, Hizbullah, Iran, the coalition and the budget.

They don’t usually mention Danny Danon, but they should.

The Likud central committee chairman Danny Danon announced on Monday that he will run against Netanyahu and MK Moshe Feiglin in the party’s leadership primary.

Danon, the right-wing former deputy foreign minister who was dismissed from his post after openly sniping at Netanyahu during Operation Protective Edge, has been angling to unseat Netanyahu for some time.

“The Likud chairman has not been following the Likud’s way for a long time and I am here to put the party back on track,” Danon declared, a day after the two agreed to hold the primary on January 6.

“Netanyahu lost his way,” Danon said after a visit to the Yerushalayim neighborhood Pisgat Ze’ev on the light rail, which has become a prime target for Palestinian terror and vandalism.

Danon says he wants to see the Likud return to taking a strong stand on socioeconomic and security issues, and championing the Jewish presence in Yehudah and Shomron.

“The prime minister is saying right-wing things in recent days — he is faking. He is just looking for votes,” Danon concluded.

However, Danon has since captured the powerful central committee chairmanship, and Netanyahu’s popularity as measured in the polls has been declining.