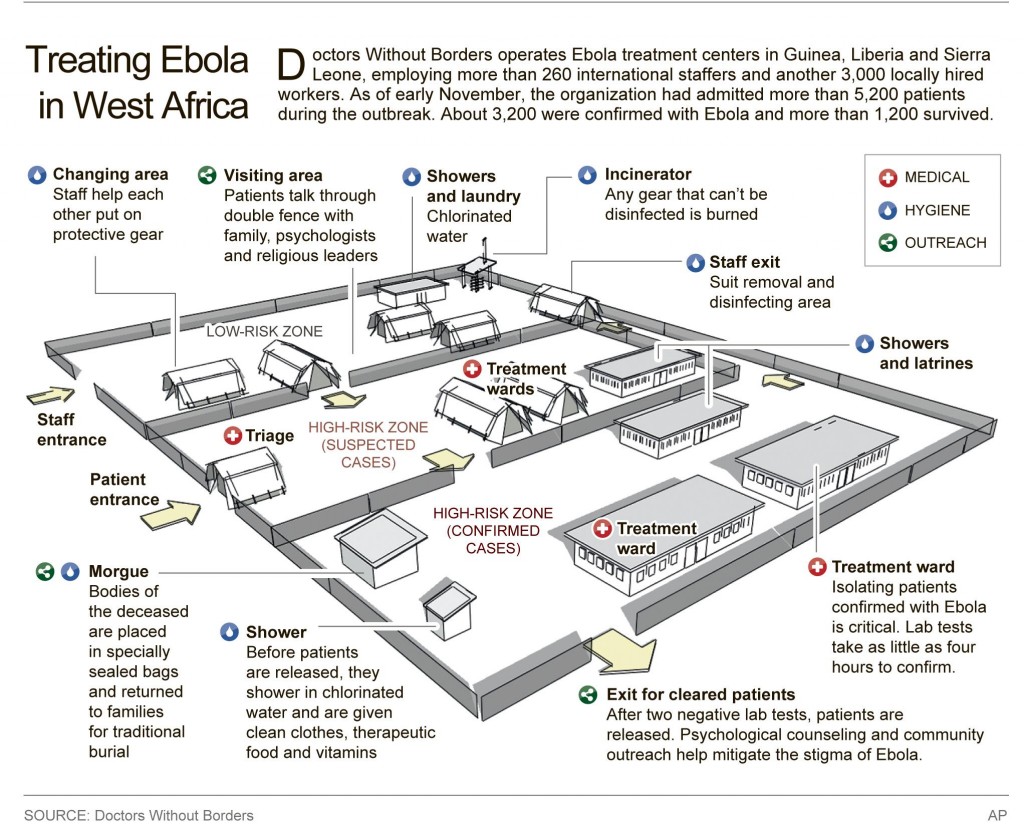 Sierra Leone is desperately short of Ebola treatment centers more than five months after the virus came to the impoverished West African country. Of the three countries hardest hit, the epidemic is currently infecting more people in Sierra Leone.

In the past 21 days there have been 1,174 new Ebola cases in Sierra Leone, almost triple the 398 new cases in Liberia and more than quadruple the 256 new cases in Guinea, according to figures released Wednesday by the World Health Organization.

While Sierra Leone accounts for almost two-thirds of new cases, there are only an estimated 400 beds in Ebola treatment units in the whole country. The international community is slowly responding but many more lives will be lost before the level of assistance approaches the need.

“Patients are being turned away from hospitals, reducing their chance of survival and allowing the disease to spread,” said Justine Greening, Britain’s international development secretary. She spoke as the first of six treatment centers to be built by Britain was opened Wednesday outside Freetown, the capital.

The total capacity of the 80-bed facility, built of framing covered by white material, will be phased in over coming weeks.