Some in GOP Fear Schism Over Obama, Immigration 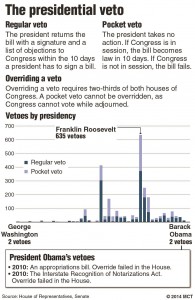 With President Barack Obama vowing to press ahead on immigration, prominent Hispanic Republicans are worried about the reaction of staunch conservatives. They fear it will harm the party’s ability to win over Latinos in the next presidential election and beyond.

While immigration was generally a muted issue in midterm elections dominated by the GOP, Obama promised the next day to move ahead on his own to remove the threat of deportation or grant work permits to an unspecified number of immigrants living here illegally.

“The initial reaction from Republicans is going to be very ugly and not well-thought-out, unfortunately,” said Alfonso Aguilar, former chief of the U.S. Office of Citizenship in the George W. Bush administration and executive director of Latino Partnership for Conservative Principles.

Aguilar said congressional Republicans must offer a plausible alternative to the president’s plan, echoing the calls of some of the party’s potential 2016 candidates to reach out to Hispanic voters in some way.

“Just saying ‘let’s repeal this,’ or ‘let’s not fund it’ — if that’s the only reaction, that’s going to antagonize Hispanics,” Aguilar said.

But House Republican aides note that Speaker John Boehner and others have no effective way to tone down comments of members who stridently oppose looser immigration rules. Indeed, many of those members are proud to defy party leaders.

This article appeared in print on page 2 of the November 7th, 2014 edition of Hamodia.