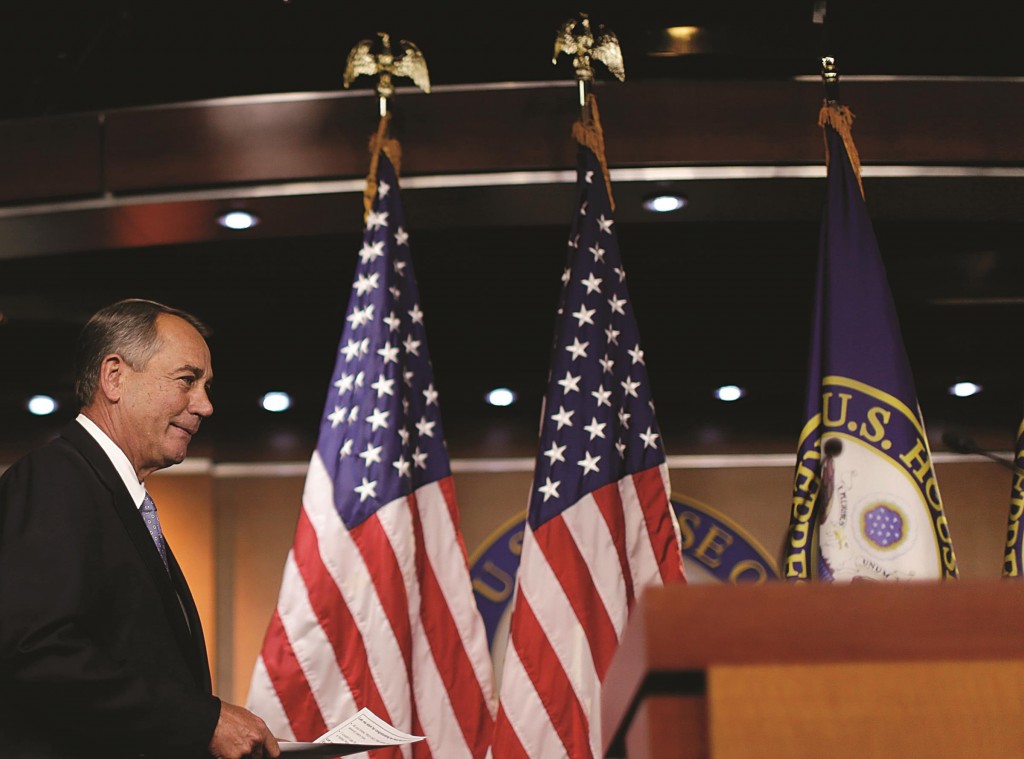 In a blunt post-election warning, House Speaker John Boehner cautioned President Obama on Thursday against taking sweeping action on immigration without congressional approval, saying, “When you play with matches you take the risk of burning yourself.”

“And he’s going to burn himself if he continues to go down this path,” the Ohio Republican said at his first news conference after elections in which Republicans captured control of the Senate that meets in January and emerged with their largest majority in the House in at least 70 years.

Obama has said he intends to reduce deportations of immigrants who are working yet living illegally in the United States.

Boehner made his comments one day before he and the other congressional leaders head to the White House for a lunch meeting with President Obama. Even before the new Congress convenes, the outgoing one is scheduled to meet next week to wrap up left over business.

Sketching an early agenda for 2015, Boehner said the Congress that convenes in January hopes to pass legislation approving construction of the long-stalled Keystone XL pipeline planned to carry Canadian oil to the United States.

At the White House, spokesman Josh Ernest was equivocal about whether the president might sign a bill along those lines. “We’ll consider any sort of proposals that are passed by Congress, including a rider like this, that … does seem to pretty directly contradict the position that’s been adopted by this administration,” he said.

Boehner also mentioned bills to help create jobs and a measure to encourage businesses to hire veterans and several to attack the health care law piecemeal.

Boehner, just shy of his 65th birthday, won a 13th term from the voters in western Ohio on Tuesday. Despite widely publicized difficulties managing his fractious rank and file in the past four years, he is assured of a new term as speaker when Congress convenes in January.

This time, unlike the others, the man in charge of the Senate’s agenda will be a Republican. Sen. Mitch McConnell, the incoming majority leader, is from Kentucky, a state that borders Ohio.

Even before confronting Democrats and the White House, the two are likely to face a steady stream of management challenges from within as they pursue a GOP agenda.

Among them are a strong presence of tea party-backed lawmakers in both houses, softer-edged, conservative swing-state senators who will be on the ballot in 2016, and a group of presidential hopefuls that includes Sens. Ted Cruz of Texas, Marco Rubio of Florida and Rand Paul from McConnell’s own state of Kentucky.