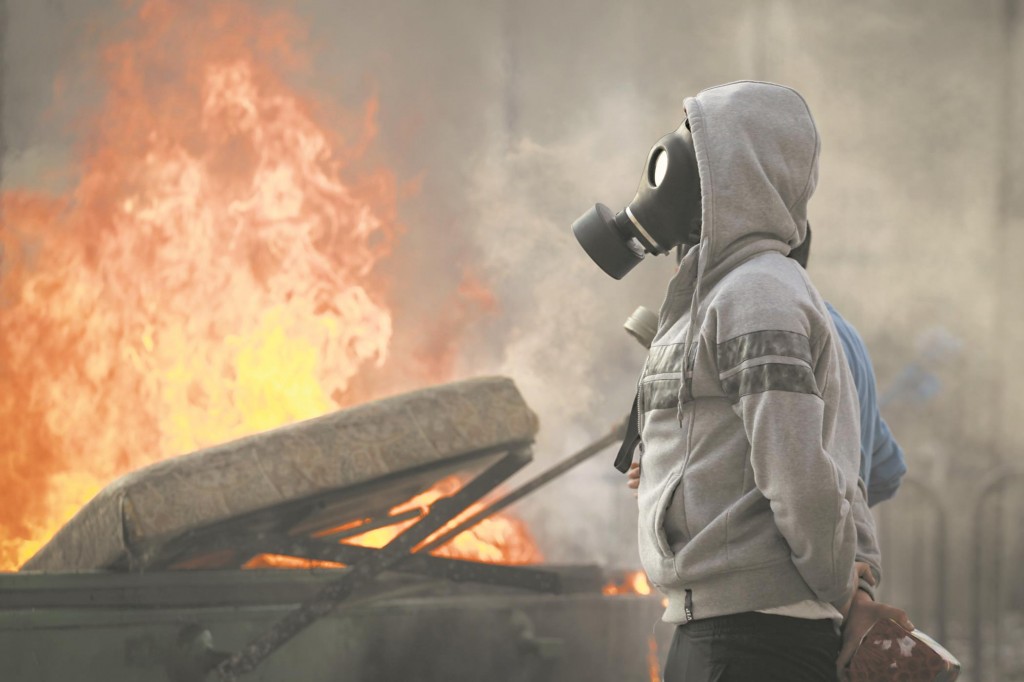 Yerushalayim is burning, we have said. That the Intifada is already here, despite the fear of the police to say it. That security officials have not been able to formulate a response to the situation in the capital. This is also not new. Everyone can see it with their own eyes.

Israel has lost control of Yerushalayim, and can only blame itself. Because the ability to rule is a function of the will to rule, and to date the authorities have demonstrated no such will.

The horrifying hit-and-run attack on Wednesday in Yerushalayim demonstrates clearly that the additional 1,000 policemen brought into the city in recent days will be able to calm the situation — only a bold decision to lift a hard, uncompromising hand against the rioters. Until such a decision is made, security in Yerushalayim will continue to deteriorate.

The attempt to say that all that is going on is the result of political stagnation, or due to certain incidents at Har Habayis, reveals a superficial reading of events.

The Palestinians do not require such pretexts to set the place on fire. The mere presence of Jews here is sufficient pretext. If the peace talks hadn’t collapsed, and Har Habayis was calm, they would still find ample reasons to ramp up the conflict.

If the state of Israel wants to prevail in this conflict, it must decide to prevail. To bring the army into the capital. To act like you have to act when someone attacks you in war. And not to be afraid to retaliate, lest it incite the other side.

Years of experience shows that Israel is capable of fighting suicide bombers and all manner of rioters. If only it decides to do so, with all the means necessary, then the other side will understand that it has something to lose if the situation continues.

Only someone who is blind can maintain that this is an intifada of individuals, without backing from the Palestinian leadership. The terrorists and rock-throwers are spurred on by constant incitement by the Palestinian media, even if, from time to time, a lone terrorist does turn up,who acted on his own initiative.

Mahmoud Abbas is deeply involved in organizing the disorders. The orders go out from Ramallah; and Hamas is just going along for the ride.

The prime minister’s meeting on Wednesday night was something out of the wise men of Chelm. In Chelm, they also decided to set up a hospital near the collapsing bridge where people were falling off into the water. The decision to set up concrete blocks by the light rail is just that kind of thinking.

It shows a complete lack of imagination. Measures of this kind, lacking aggressiveness, will not restore order. Nor will cutting a quarter or half of the national insurance subsidies for families of stone-throwers deter them, as has been proposed, but a total cancellation. Not to wait months to raze the house of a terrorist, but to do it immediately.

The need to restore calm is urgent. If the Palestinian leadership will cooperate, that would be fine. But if not, Israel must act on its own. In any case, we are drawing closer to the day when they announce they are calling off security cooperation with Israel.

The message must get across to Mahmoud Abbas and his colleagues that if they pursue this path they will not achieve their goals. That means taking some tough decisions, and soon. Otherwise, we may wake up and it will be too late.