Politics Obama to Voters ‘I Hear You’
Politics 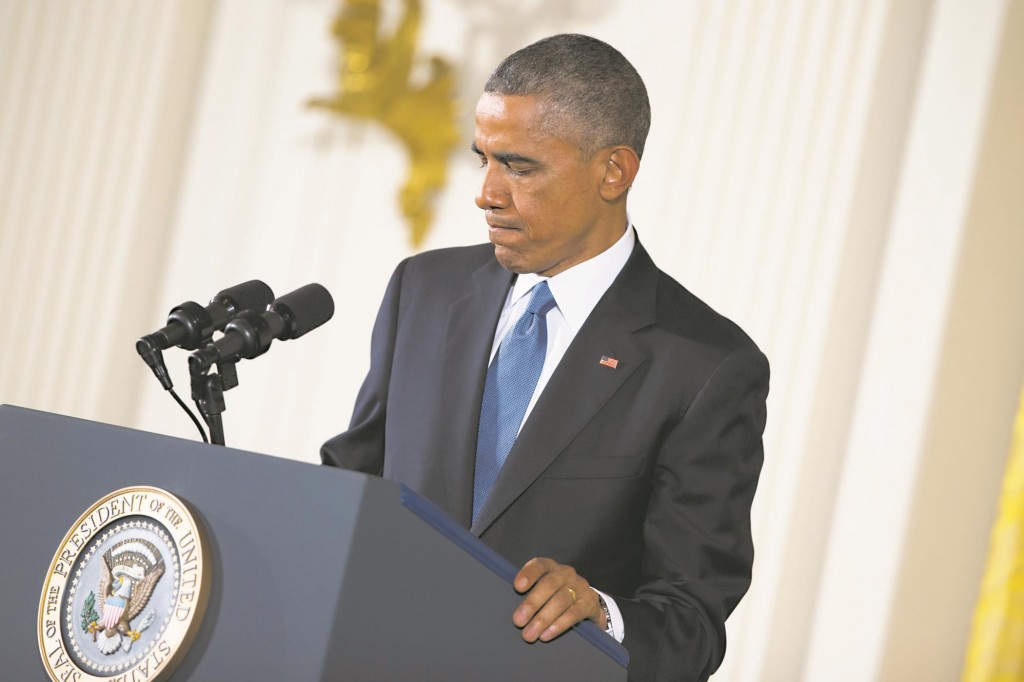 One day after sweeping Republican election gains, President Barack Obama and incoming Senate Majority Leader Mitch McConnell pledged to try and turn divided government into a force for good rather than gridlock on Wednesday, yet warned of veto showdowns as well.

Trade legislation loomed as one possibility for quick compromise, and immigration as an early irritant.

“There is no doubt that Republicans had a good night,” the president said at the White House, referring to big gains that left the GOP in control of the Senate, with an expanded House majority and in possession of a handful of governorships formerly in Democratic hands.

To voters who handed the GOP control of Congress, he said, “I hear you. … It’s time for us to take care of business.” He cited construction of roads, bridges and other facilities as one area ripe for cooperation, and trade as another. At the same time, he noted, “Congress will pass some bills I cannot sign. I’m pretty sure I will take some actions that some in Congress will not like.”

Obama and McConnell presented differing profiles at news conferences a little more than an hour apart.

The 53-year-old president now faces a Congress under two-house control by Republicans for the first time in his tenure — and a lame duck status that becomes more of a check on his political power with each passing day.

McConnell, 72 and famously taciturn, smiled and joked with reporters on the day after achieving a lifelong ambition.

Still, the two said they had had a pleasant telephone conversation earlier in the day.

“I would enjoy having some Kentucky bourbon with Mitch McConnell,” said Obama.

Said McConnell, “In our system the president is the most important player” who can veto legislation or persuade lawmakers of his own party to back compromise.

Obama said that unless Congress takes action by the end of the year, he will order a reduction in deportations of working immigrants living in the country illegally.

He made his pledge a short while after McConnell warned him against acting unilaterally.

“There will be no government shutdown or default on the national debt,” he said, making clear he doesn’t agree with some tea party-backed lawmakers who have supported one or the other in the past – or may want to in the future.

He takes office in January as Senate majority leader, he and House Speaker John Boehner will have the authority to set the congressional agenda.