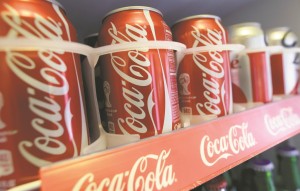 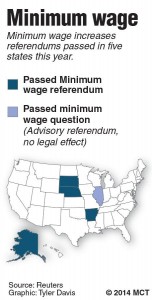 Here are how some ballot measures fared on Tuesday:

In Washington state, voters approved a measure to expand background checks on gun sales and transfers; the checks will extended to private transactions and many loans and gifts. The rival measure would have prevented the state from expanding checks in that fashion; it was trailing statewide.

Colorado voters rejected a measure that would have required labeling of certain genetically modified foods. The proposal would have applied to raw and packaged foods produced entirely or partially by genetic engineering, but not apply to food served in restaurants. A similar measure was too close to call in Oregon.

In Hawaii, voters in Maui County opted to temporarily ban the cultivation of genetically engineered crops after a campaign featuring $8 million in advertising from some of the world’s largest corn-seed producers.

Voters in Berkeley, California, became the first in the country to pass a tax on sodas and other sugary drinks. High-dollar advertising campaigns by the $76 billion U.S. soft-drink industry had defeated the proposal in more than 30 other cities and states in recent years, including San Francisco where voters on Tuesday rejected a soda tax.

This article appeared in print on page 5 of the November 6th, 2014 edition of Hamodia.