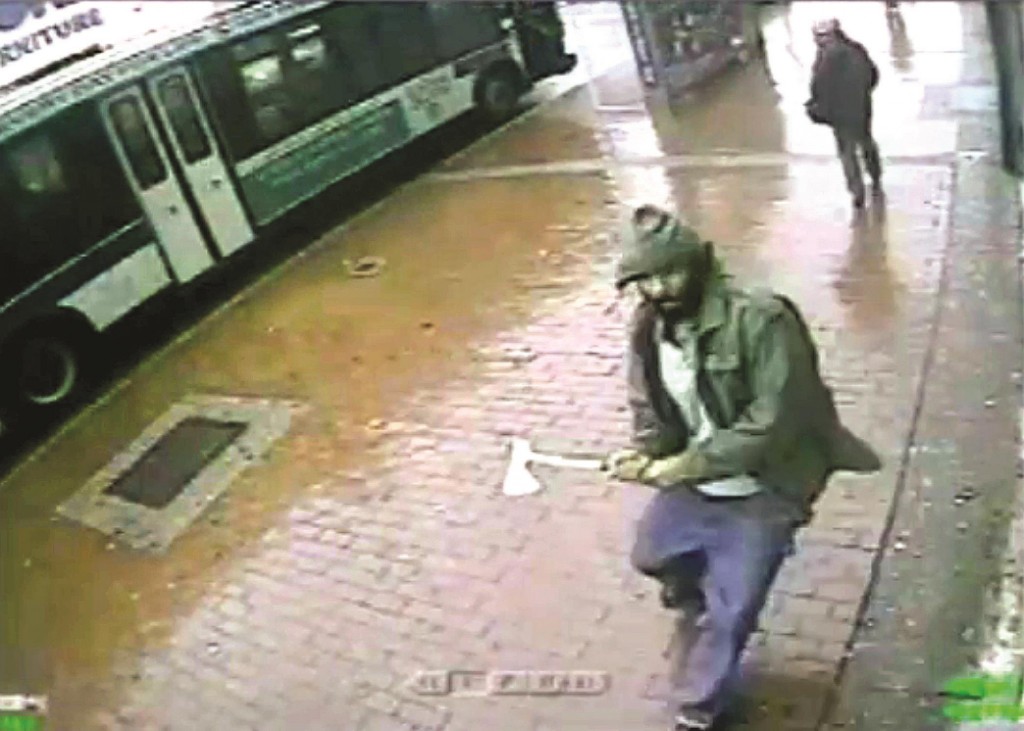 What police have labeled the latest act of terror in New York City didn’t involve an international conspiracy, a high-profile target or a bomb — just an unemployed loner wielding a hardware-store hatchet on an unremarkable street.

Police officials’ characterization of the assault on a group of officers on Oct. 23 in Queens by Zale Thompson raised questions about what qualifies as terrorism in an era 13 years away from the Sept. 11 attacks.

Though police say there is some evidence suggesting Thompson was influenced by Islamist rhetoric on the Internet, he also had contact with a black activist about fighting racism at home. The FBI, which normally takes the lead on terror investigations, has offered no assessment that Thompson should be viewed as a terrorist.

The questions began soon after Thompson pulled a hatchet out of a backpack and, in broad daylight and without warning, charged a group of officers and began hacking away. One officer suffered a serious head wound before other officers killed Thompson.

Initially, police officials said there was no obvious link to terrorism. But on Friday, after examining Thompson’s social media and Internet activity, they described him as “self-radicalized” Muslim convert and “lone wolf.”

“This was a terrorist attack, certainly,” Police Commissioner William Bratton said when pressed by reporters at a news conference.

Investigators found that Thompson had complained about “Zionists and Crusaders” occupying the Islamic world, saying the solution was to “cut the head off the beast.”

One witness, Walter Ocner, said terrorism never occurred to him when he took cover amid gunfire. But he has since heard news accounts and now believes the case shows that terrorism “can happen anywhere,” he said. “I’m definitely a bit on edge.”