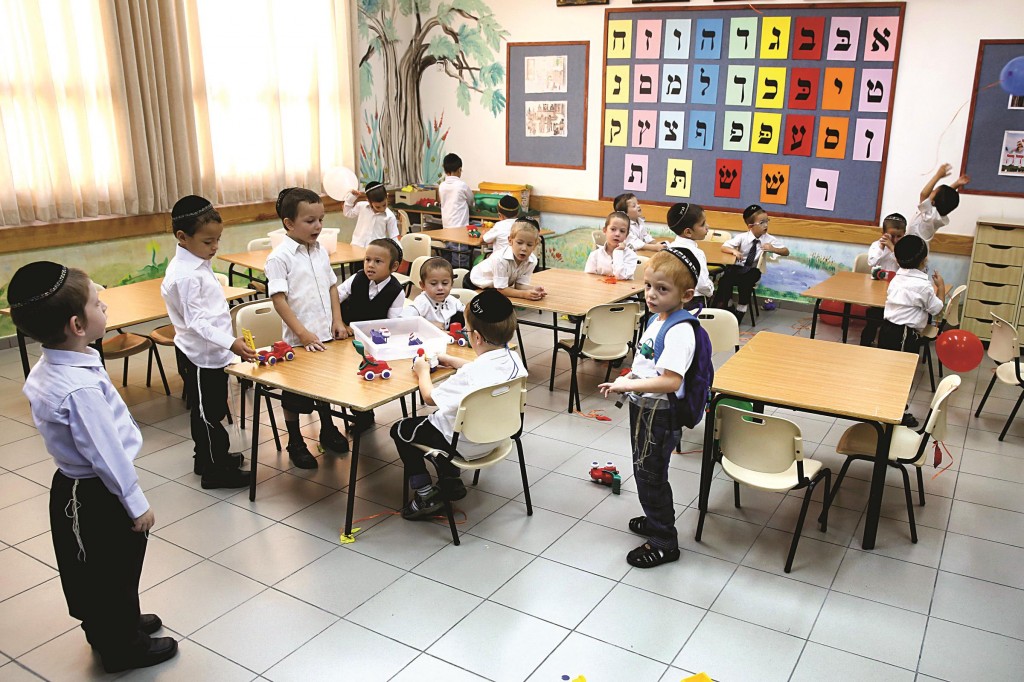 Israel’s Education Minister Shay Piron has decided to postpone implementation of the secular “core curriculum” in chareidi schools for at least three years.

In fact, the $150 million program, initially to be put in place in 2013, may never materialize. Postponement until 2018, after the next scheduled national election, renders the prospect highly uncertain.

Officials in the Education Ministry acknowleded that the attempt to impose the state’s secular curricula on the chareidi school system — entailing the training of thousands of teachers, standardized testing and appointment of supervisors — was unrealistic from the outset.

“We found no resources whatsoever to make it a reality,” said one official. “No teachers who could teach English or math; no one qualified to supervise the program.”

In response, Chairman of Chinuch Atzmai Harav Avraham Yosef Lazerson hailed the mininstry’s retreat as a vindication of the chareidi leadership’s uncompromising battle to preserve the Torah educational system from outside interference.

Addressing a national gathering of chareidi educators at Kibbutz Chofetz Chaim on Monday, Harav Lazerson said that only the resolute opposition to governmental dictates, even in the face of threats of funding cuts and other sanctions, will deter them from trying to impose curricula that go against the position of Gedolei Hador.

Harav Lazerson cautioned against complacency, however, saying that this victory is no guarantee for the future. He pointed out that the Education Ministry has not given up on intentions to establish a state-chareidi education department in the ministry that would  enable it to gain control over at least some of the Torah schools.