Politics After Contentious Assembly Campaign, Voters Get Their Say
Politics 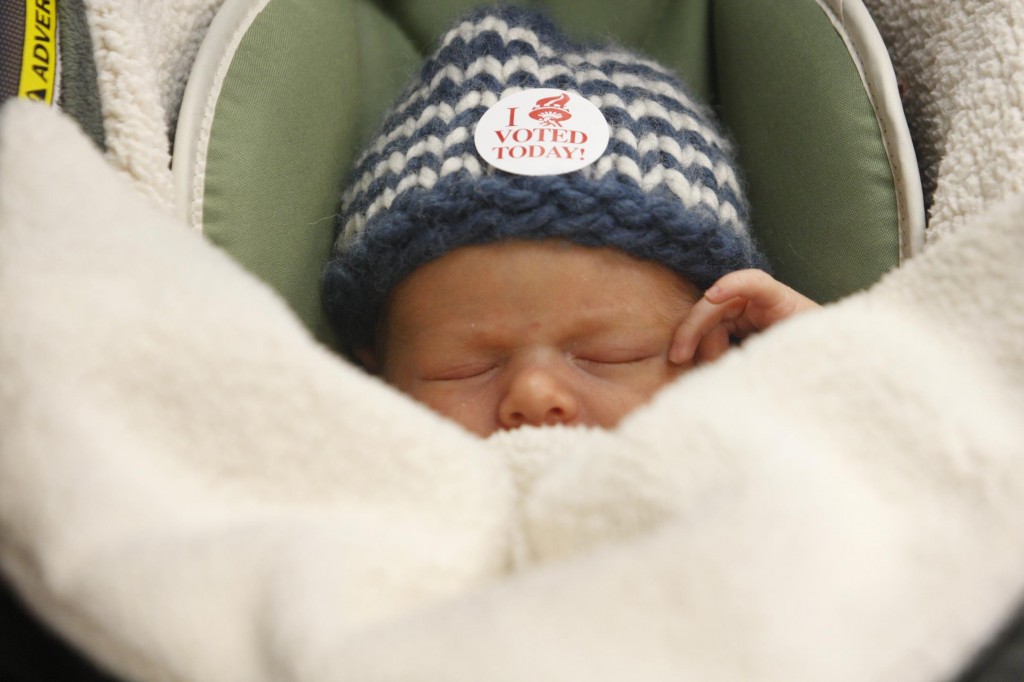 In a race energized by a feisty State assembly race, voters in much of Boro Park and parts of Flatbush flocked flocked to the polls on Tuesday.

While voters got to cast their ballot for the next governor of New York State, their state senator, supreme and civil court judgeships and three ballot questions, the race uppermost on their minds was the 48th Assembly District, pitting longtime incumbent Dov Hikind against attorney Nachman Caller.

While local residents had much to say about the race, virtually all voters approached refused to speak on the record, and only some grudgingly agreed to be referred by their first names.

“Dov Hikind has delivered for us all these years; he has been there for individuals and for organizations,” said a middle-aged man, who gave his first name as Heshy, standing outside the polling station at 14th Avenue and 49th Street. “I personally know many people he has helped.”

Eli, a real estate investor who has been a client of Nachman Caller in the past, says that the lawyer had his vote.

“He is a talmid chacham, a brilliant lawyer, and someone I am personally grateful to,” Eli said.

Numerous voters expressed their chagrin and even repulsion at the level of negativity and personal attacks contained in some of the campaign brochures produced by supporters of Caller.

“The attacks on Hikind and the fact that he refused to stoop to their level and go negative himself convinced me to vote for him,” said Pinchus, a chassidishe yungerman who appeared to be in his late twenties. “Such nastiness has no place in our community, and it’s important to send a message that we won’t fall for it.”

Unlike much of the pro-Caller advertisements, the pamphlets he referred to were not released by the Caller campaign itself, but by unidentified supporters.

Polling station coordinators reported what they estimated to be higher than usual turnout.

The polling station at PS 121 on the corner of 53rd Street and 20th Avenue had a steady flow of voters coming in and out. Voters were mostly young parents, some by themselves, others with children in tow.

Of the first five voters who agreed to reveal who they voted for, all said that Hikind was their choice, and cited his experience and record.

“Caller has this big plan, but doesn’t say how he’s planning on doing it. Hikind has a whole political record already,” one male voter who appeared to be his in his thirties, said as he emerged from the polling station.

“Hikind has worked for the klal for all these years. He has all kinds of connections in the government. It takes a long time to build up connections. … My vote is more pro-Hikind than anti-Caller,” another voter reported.

“He personally helped me and my family without any sort of public recognition. I was surprised somebody ran against him and was upset at the negative campaign. I will tell you the truth: It’s the first time I voted in maybe six years.”

Some voters said that they were impressed by Caller’s plan to provide desperately needed housing.

As he prepared to walk into the voting station of Fourteenth Avenue, one voter said that he was leaning towards Caller.

“He seems like a serious person, and his housing plan seems like something we really will benefit from.”

Another resident said simply, “It is time for a change, for some new blood.”

“That’s what Obama said, and look what we got,” his companion, who clearly disagreed, grumbled.

On the streets of Boro Park, a truck with a huge picture of Hikind and blaring a Yiddish-language message praised the longtime Assemblyman – complete with a lively Yididsh jingle. Large colorful signs from both campaigns were seen on every corner.

Though Simcha Felder gave Hikind his effusive endorsement, both campaigns tried to link the popular state senator to their respective candidate. Almost identical signs, both purporting to be from “Ichud Hakehillos,” – a group representing numerous kehillos and chessed organizations in the area, were posted. One urged votes for “Simcha Felder and Dov Hikind,” the other for “Simcha Felder and Nachman Caller.”

At PS 192, on 18th Avenue and 47th Street in Boro Park, a white-bearded gentleman declined to reveal who got his vote for Assembly.

“All I will say is that I voted Simcha Felder,” he said with a smile.

Though Felder’s name was on the ballot, he was running unopposed.

Hamodia will, iy”H, have results and
comprehensive election coverage of national and local elections in Thursday’s edition.