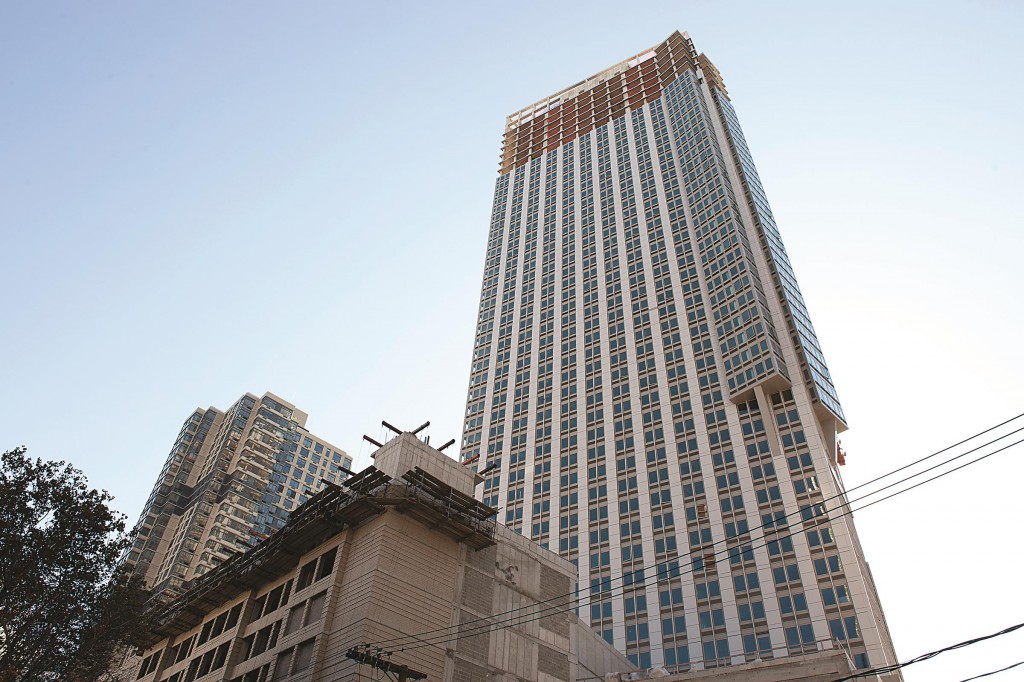 A man delivering sheet rock to a construction site was killed Monday morning when a tape measure fell 50 stories and hit him on the head.

The one-pound tape measure became dislodged from the belt of a worker on the 50th floor of the Jersey City high-rise and struck construction equipment about 10 to 15 feet from the ground. It then ricocheted and struck 58-year-old Gary Anderson, who had just stopped to speak with another worker who was in a pickup truck.

Anderson, who wasn’t wearing a hard hat, was taken to a hospital, where he died shortly before 10 a.m.