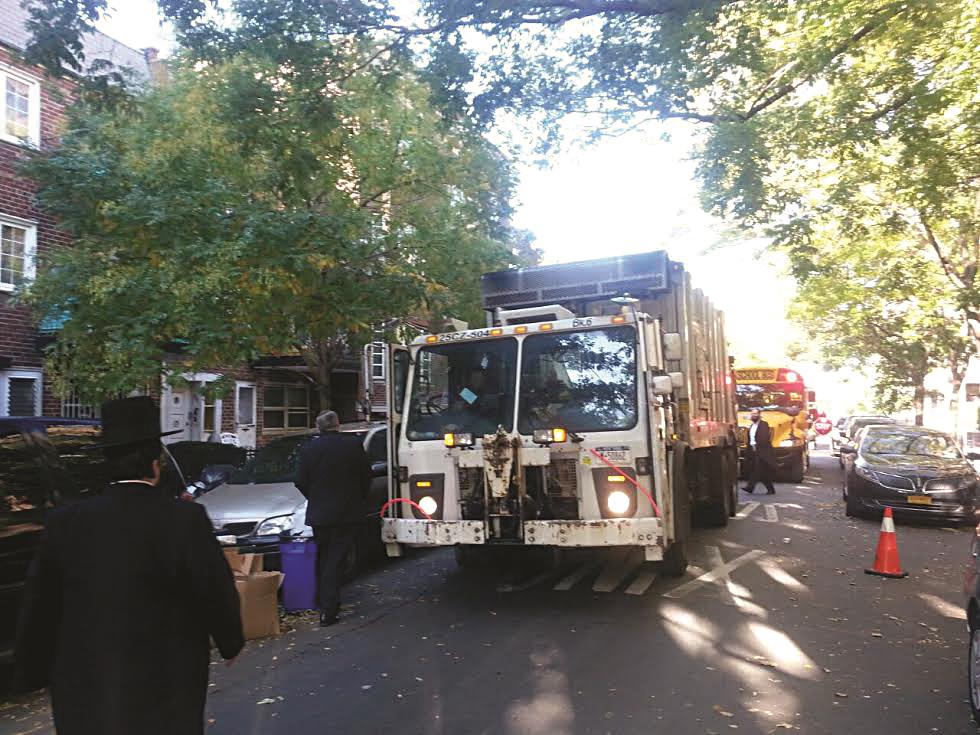 The issue of sanitation trucks doing their runs in the morning in conflict with the hundreds of school buses in Boro Park must have a solution, Mayor Bill de Blasio told Assemblyman Dov Hikind on Motzoei Shabbos.

On Monday, Hikind, a veteran lawmaker facing the stiffest election in his 32-year career on Tuesday, received an additional endorsement from state Sen. Simcha Felder.

Hikind has brought up the issue over the past few years, and hosted the mayor on his
weekly radio show to discuss the topic.

“No one is more familiar with our community than you are,” Hikind told the mayor, a former councilman who had represented parts of Boro Park. “We love the sanitation department and they do their jobs. But we’d love to have them not do their runs while our school buses are taking our kids to school in the morning.”

“We worked on this issue when I was on the city council,” de Blasio said, “and I’m going to work with sanitation to help find a solution.”

Hikind said he has a meeting scheduled with Sanitation Commissioner Kathryn Garcia to find a solution.

The Brooklyn Democrat also running on the Conservative party line faces Republican Nachman Caller, who has made housing the issue in his campaign.

On Monday, Hikind said that he watched how several school buses were trapped behind a sanitation truck during rush hour in Boro Park. He approached the sanitation workers and asked how they would feel about avoiding the 7:30 to 9:30 a.m. runs.

“They agreed with me,” he said. “They said their jobs would be much easier if they weren’t collecting during the busiest time of the morning. They said they hate hearing the horns honk behind them as the traffic backs up and that it personally disturbs them to know that children are trapped on school buses while they are scrambling to pick up the trash and move on.”