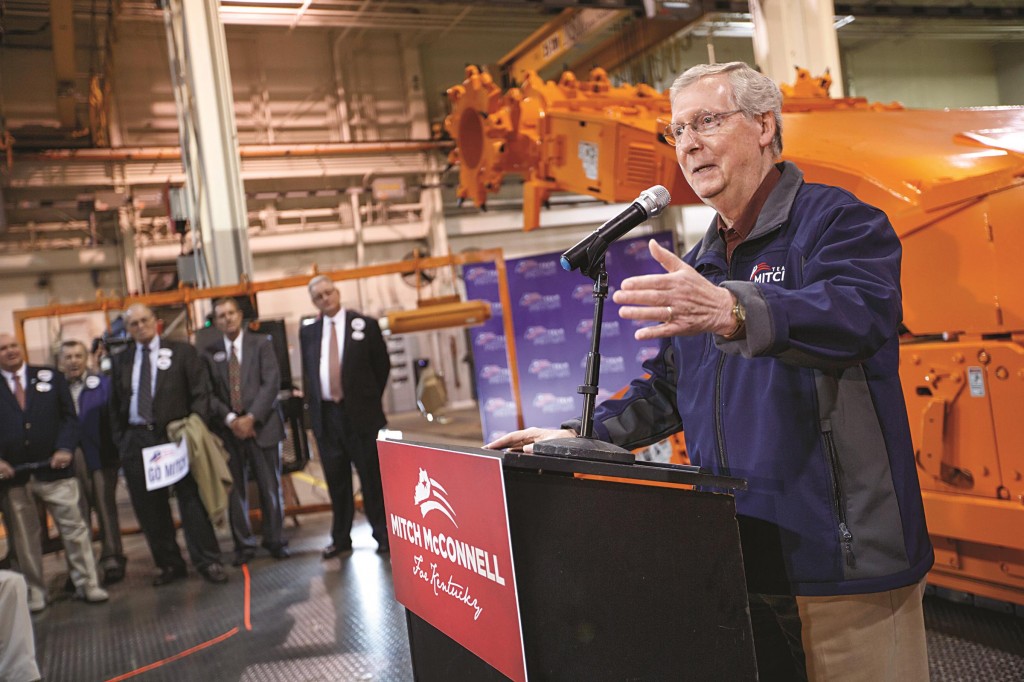 Republicans are poised to pick up seats and could win control of the U.S. Senate on Tuesday in midterm elections heavily influenced by deep voter dissatisfaction with President Barack Obama’s job performance.

Concern about the strength of the U.S. economy, coupled with worries about Ebola and Islamic State, are driving the dour mood of a restive electorate. Democrats could pay the price when voters elect 36 senators, all 435 members of the House of Representatives and 36 state governors.

Obama’s name is not on the ballot, but his low job approval rating reflects a lack of confidence in his leadership during the sixth year of his presidency. Polls indicate Democrats have less enthusiasm for voting than Republicans, and history shows the party that is in power in the White House in midterm elections usually loses seats.

“There doesn’t seem to be a lot of things for people to feel good about,” said David Yepsen, director of the Paul Simon Public Policy Institute at Southern Illinois University. “It may not be fair, but they tend to take those kinds of feelings out on the White House, and as a practical matter I think the Senate goes Republican.”

In the House of Representatives, Republicans are expected to build on their majority of 233 seats to 199 for Democrats. They also will likely retain their majority in the number of governors’ seats they hold in state capitals.

But the heavy campaign action has been in the 100-member Senate, where Republicans need to pick up six seats to reclaim the majority from Democrats and control both chambers of Congress for the first time since the 2006 election. While Republicans are expected to gain seats, as many as eight to 10 Senate races are still considered toss-ups that could go either way.

There is a good chance the party that controls the Senate will not be known on Tuesday night. Senate races with multiple candidates in Louisiana and Georgia, where the winner must get more than 50 percent of the vote, could be forced into runoffs in December or January, respectively.

If Republicans do take control of the Senate, Obama’s last two years in office would be complicated by the prospect of even more partisan gridlock, although it could force him to make more compromises with his political opponents.

A Republican-led Senate would be likely to push ahead with approval of the Keystone XL crude oil pipeline, chip away at provisions in Obama’s signature healthcare law, and take steps toward a broad rewrite of tax laws.

Obama’s unpopularity has made him politically radioactive on the campaign trail. Democratic candidates have kept him at arm’s length in competitive states where Senate control will be determined.

Instead, he has largely been restricted to Democratic fund-raising events, although in recent days he headlined events in friendly states such as Maine, Rhode Island and Michigan. On Sunday, he travels to Connecticut and Pennsylvania.