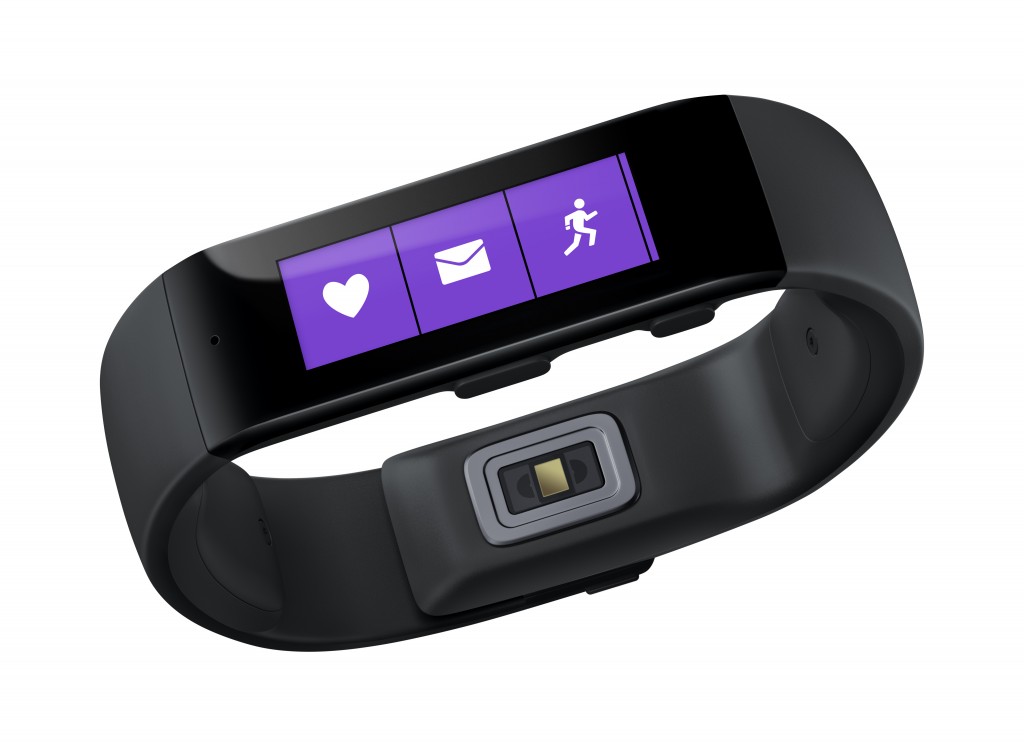 Microsoft is releasing a $199 fitness band that also checks your email and even pays for coffee, as the software company seeks to challenge Apple and others in the still-infant market for wearable devices.

Thursday’s release of the Microsoft Band comes months before the much-anticipated debut of Apple Watch. Microsoft’s gadget, however, appears more focused on fitness tracking and isn’t meant to be an all-purpose smartwatch.

The Band will offer previews of incoming emails and alerts on calendar events, along with weather and other information requested through the company’s Cortana virtual assistant. Cortana requires a Windows phone nearby, but other features work with iPhones and Android phones, too.

The Band will also have 10 tracking sensors, more than the typical fitness gadget, to monitor such things as heart rate, UV light, sleep and distance traveled. In a partnership with Starbucks, the Band will be able to create barcodes to make retail purchases through stored gift cards.

The Band will serve as a showcase for Microsoft Health, which follows the launch of Apple’s HealthKit in September and Google Fit earlier this week.

As more athletes and recreationists monitor and record their fitness activities, a chief frustration has been the inability to bring data from one gadget into an app made by a rival. As a result, nutrition information might reside in one place, while data on calories burned might be in another. Consolidating data – with users’ permission – gives individuals and health professionals a broader picture on health.

For instance, Microsoft says having information in one place could help gauge whether eating breakfast improves running or whether the number of meetings during the day affects sleep quality.

Microsoft Health marks the company’s latest push into mobile and internet-based services as demand for its traditional software products declines. It’s particularly notable in embracing devices running Apple’s iOS and Google’s Android systems. In the past, Microsoft has been slow to make its services available for non-Windows systems.

“This is another example of the more agnostic approach to platforms being embraced under the leadership of Microsoft’s new CEO, Satya Nadella,” said Ben Wood, chief of research at CCS Insight. “Two years ago, supporting iOS and Android at launch would have been unthinkable.”

Nonetheless, the introduction of a third fitness system – with a fourth one possibly coming from Samsung – could create confusion among consumers. Instead of having to visit 12 different apps for their data, they still might need to visit three or four.

Microsoft said its Health system will work initially or soon with Jawbone’s Up, MapMyFitness, MyFitnessPal and RunKeeper – in addition to its own Band device. Gold’s Gym will also offer workout plans for the Band.

Microsoft is selling the Band through its physical and online stores.

Separately, Samsung said its latest smartwatch, the Gear S, will be available in the U.S. next Friday. Unlike most other smartwatches, the Gear S will have its own cellular connection so that it can do more without a phone nearby. Carriers are charging about $300 to $385 for the device, and typically $5 or $10 a month for service.