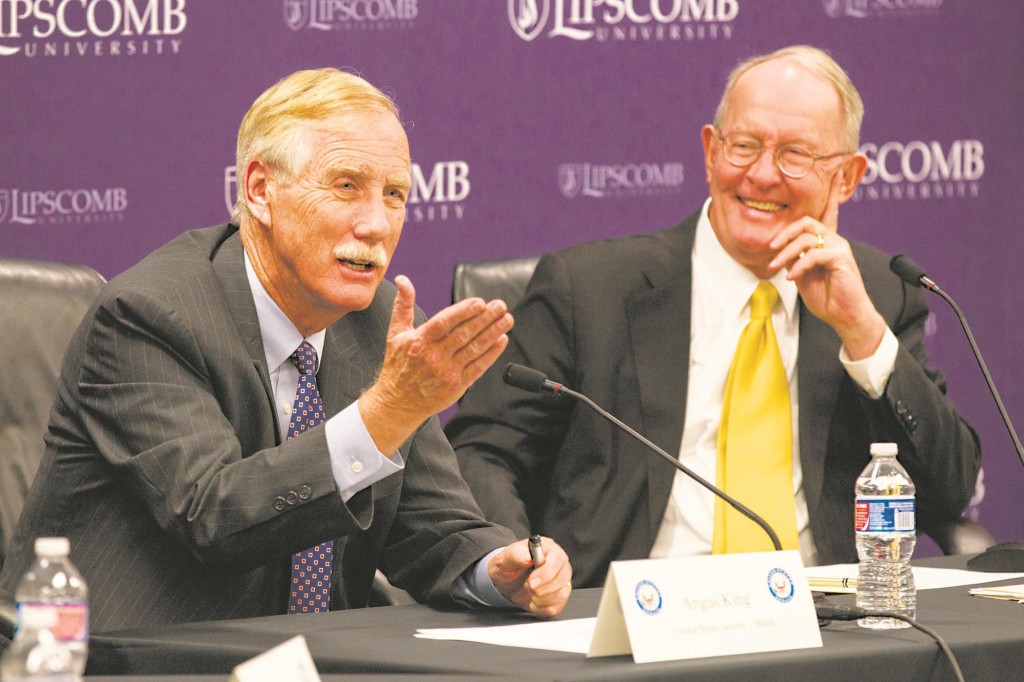 After millions of Americans vote next week, it’s possible that one or two men will decide which party controls the Senate.

One is Sen. Angus King, a Maine independent who generally “caucuses” — or cooperates — with Democrats but says he might switch to the Republicans. The other is Greg Orman of Kansas, an independent candidate trying to oust Republican Sen. Pat Roberts.

If he wins, Orman says, he would caucus with whichever party holds the majority when the new Congress convenes in January. He has not said, however, what he would do if he could decide, by himself, which party that will be.

That could happen if Republicans win 50 seats and Democrats control 49 seats (including King’s and that of another independent, Vermont’s Bernie Sanders, who also caucuses with Democrats). If Orman sided with the Democrats, they would control a 50-50 Senate, thanks to Vice President Joe Biden’s ability to break tie votes.

But if Orman sided with the Republicans, they would hold a 51-49 majority.

King, who’s not up for election this year, could complicate things even further. In the same scenario as above — a 50-49 GOP advantage with Orman undeclared — King could put the Republicans in charge by switching to their caucus. Orman’s decision, either way, would not change that.

In a different scenario — in which Democrats held a 50-49 edge awaiting Orman’s decision — both he and King could choose to caucus with Republicans, giving the GOP a 51-49 majority.

Congressional insiders see that as unlikely. First, Orman would have to win an election that many Republicans believe Roberts will survive. Then, all the other races would have to produce a 50-49 split, awaiting Orman’s declaration. And King would have to switch party leanings and hand minority status to Democrats, with whom he generally seems comfortable.

“Changing who you caucus with is akin to changing parties,” said Antonia Ferrier, a former GOP House and Senate aide. “It is no small thing, is deeply personal and exceedingly rare.”

King occasionally hints he would consider such a switch. He told reporters in April that he will do what is “best for Maine” in the next Congress. He made similar remarks last week, stirring a Senate campaign pot already about to boil.