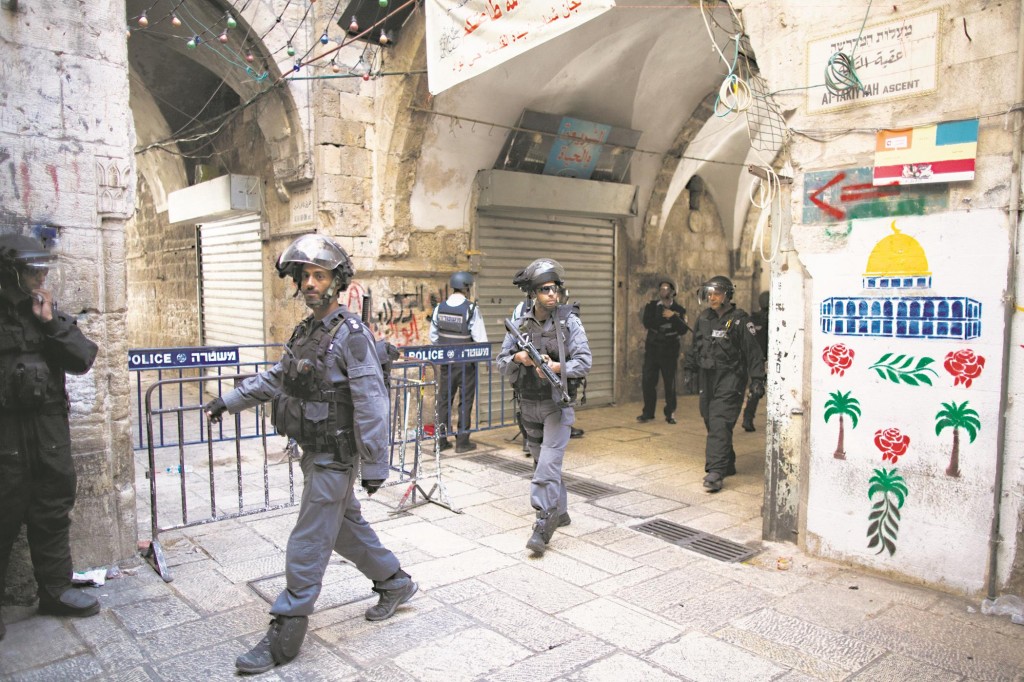 The struggle for control over Yerushalayim reached a new level on Thursday, as Israeli authorities completely sealed off Har Habayis to the public for the first time in fifteen years.

Police Commissioner Lt-Gen Yohanan Danino said that the closure was only temporary.

“We do not intend to make this a permanent status,” he told reporters. “Right now, we are carrying out a situation assessment, in the coming hours, and on its basis we will determine

how to deploy further on down the line.”

Later in the day, police announced that the site will reopen Friday to visitors over the age of 50.

The police order banned both Muslims and Jews from the site, which has been the scene of tension and rioting for weeks.

Jews are forbidden according to halachah from ascending Har Habayis.

“We will calm down matters and bring the Temple Mount back to routine,” Danino promised. “We will return to the routine of life in Yerushalayim. That is what we all seek. I ask everyone, without any exceptions, from all the leadership, the politicians… This is not the time to make declarations.”

However matters were far from calm on Thursday.

Palestinian Authority President Mahmoud Abbas denounced the decision as a “declaration of war on the Palestinian people and its sacred places and on the Arab and Islamic nation,” according to his spokesman Nabil Abu Rudeina.

“Anti-terrorist police units surrounded a house in Abu Tor to arrest a suspect in the attempted assassination of Yehuda Glick; immediately upon arrival they were shot at. They returned fire and shot and killed the suspect,” police spokesman Micky Rosenfeld said. The suspect’s name was Mu’taz Hejazi.

In Abu Tor, the section of eastern Yerushalayim where Yehuda Glick’s assailant was tracked down and killed in a shootout, Israeli forces encountered stone-throwing Palestinian protesters. They fired stun grenades to keep back an angry mob, and were subjected to abuse shouted from surrounding balconies.

There was a heavy police deployment in the eastern Jerusalem neighborhood of Silwan, adjacent to the Old City, and a helicopter circled overhead.

One Abu Tor resident, an elderly Arab man with a walking stick who declined to be named, described Hejazi as a troublemaker and said “he should have been shot 10 years ago.” Others defended him as having done nothing wrong.

Hamas and Islamic Jihad praised the shooting of Glick and mourned Hejazi’s death, and Fatah called for a “day of rage” on Friday.

A heavy police presence was seen in the eastern Yerushalayim neighborhood of Silwan on Thursday, with the calming sight of a helicopter circling overhead.