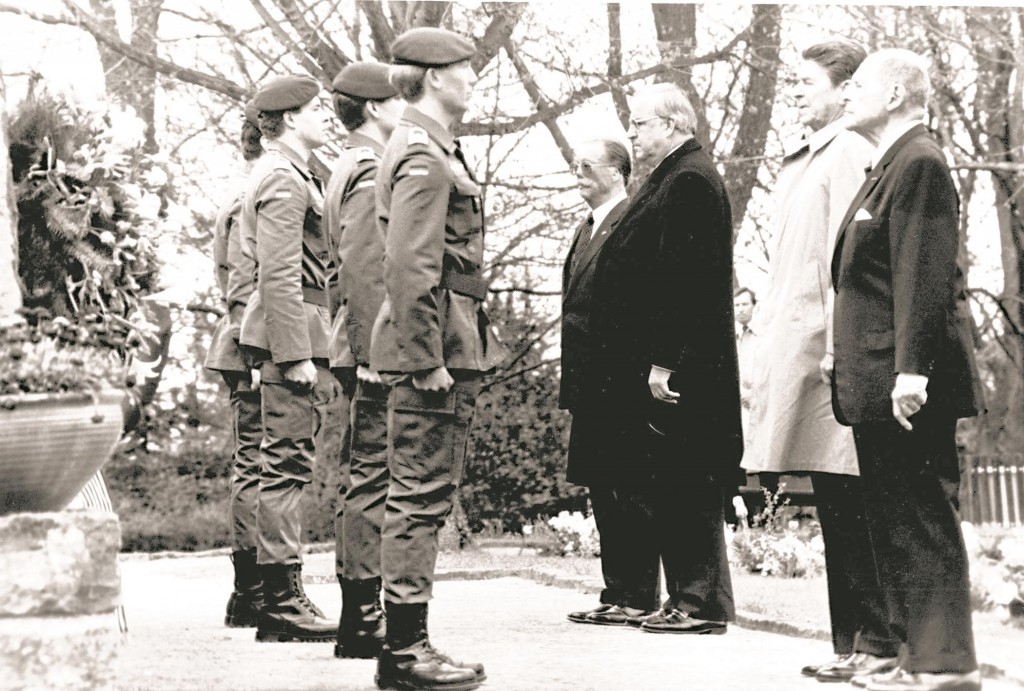 It would be tempting for me to simply jump on the Obama-bashing bandwagon of so many of my fellow columnists.

As Torah Jews we are aware that the sacred obligation of hakaras hatov remains even if the same individual also does things that make us upset. (There are numerous proofs for this in Chazal. Readers who want details should feel free to contact me directly.)

In contrast, President Obama has repeatedly requested, and gotten Congress to agree to, steady aid increases – it now stands at $3.1 billion.

In 2005, Israel asked for GBU-28 Hard Target Penetrators: bunker-buster bombs that are crucial for any military attack against Iranian nuclear installations.

The Bush administration said no.

In 2009, shortly after taking office, Obama secretly provided 55 of these bombs to Israel.

Again and again, he provided desperately needed aid, both in regard to funding for the Iron Dome defense system, as well as unprecedented intelligence sharing with Israeli officials.

While the Netanyahu government has happily accepted this aid, he and his cabinet ministers have repeatedly displayed a stunning level of ingratitude and disrespect toward the Obama administration.

Benjamin Netanyahu has a long history of failing to get along with those who don’t fully agree with him on everything. Instead of treating America like a rich, most generous uncle, and respectfully trying to convince the White House to see things his way, Netanyahu and some of his predecessors took a brash and most unproductive approach.

After then-President Bill Clinton met with Netanyahu for the first time, he angrily asked his aides, “Who is the … superpower here?”

This didn’t happen because of anti-Israel sentiment at the White House, but because Ya’alon infuriated official Washington with comments accusing the administration of being weak on Iran, questioning the U.S. commitment to Israel’s security and criticizing Kerry as being unrealistic and naive.

That is no way to treat a patron who gives you some $3 billion a year. If this would be an administrator making these comments about his school’s largest donor, he’d likely see his funding cut off totally. Any reservations that Ya’alon may have about American policy should have been made behind closed doors or over encrypted telephone lines. Frankly, Ya’alon – who did get to meet with his counterpart, Defense Secretary Chuck Hagel – got exactly what he deserved.

Obama’s pro-Israel detractors fail to realize that almost every American president, at some time or another, did or said something that was hurtful or upsetting to the Jewish community. In the past, wiser and cooler heads chose to look at the broader picture, and while they expressed their indignation and protest, they stopped short of personally attacking the president or generalizing that he was anti-Israel or anti-Jewish.

For most American Jews, Ronald Reagan is considered a good friend to our community and a hero for standing up against communism. Yet in 1985, American Jewry was cut to the core when Reagan announced he was planning to visit the military cemetery in Bitburg, Germany, but refused to visit the Dachau concentration camp.

At a news conference, Reagan poured salt on open wounds when he declared that “I felt that since the German people — and very few are alive that remember even the war, and certainly none of them who were adults and participating in any way —… and [they have] a guilt feeling that’s been imposed upon them, and I just think it’s unnecessary.”

Even when it was revealed that some 49 members of the Waffen-SS were buried at Bitburg, Reagan turned down emotional appeals from Holocaust survivors, including Eli Wiesel and 53 U.S. senators, and insisted on going to Bitburg, reluctantly adding Bergen-Belsen to his  itinerary.

Even worse than the actual visit was when Reagan told reporters, “I think that there’s nothing wrong with visiting that cemetery, where those young men are victims of Nazism also, even though they were fighting in the German uniform, drafted into service to carry out the hateful wishes of the Nazis. They were victims, just as surely as the victims in the concentration camps.”

If President Obama would compare German soldiers to Holocaust victims, there would be calls for his resignation. But Reagan, “the Teflon president,” got away with it.

Reagan also had a very strained relationship with Menachem Begin. When Begin ordered bombing raids in western Beirut, Reagan expressed “outrage,’’ saying that the attacks resulted in ‘’needless destruction and bloodshed.’’ He put so much pressure on the Israelis that Begin ordered a halt to the raids.

Critics of Obama’s policies also conveniently forget that it was his highly praised predecessor, George W. Bush, who was the first president to make a call for a Palestinian state official U.S. policy.

George W. also insisted that “activity” in Jewish communities in Yehudah and Shomron “must stop,” referring to them as “occupied territory,” and saying that “the occupation must end through withdrawal to secure and recognized boundaries.”

His father, the first President Bush, infamously refused to provide Israel with much-needed loan guarantees as punishment for building Jewish homes in Yehudah and Shomron.

In contrast, even when Obama has been extremely frustrated with Netanyahu, he has done nothing of the sort.

In conclusion, I have two questions for the Obama-bashers within our community:

I look forward to seeing their replies in these pages.