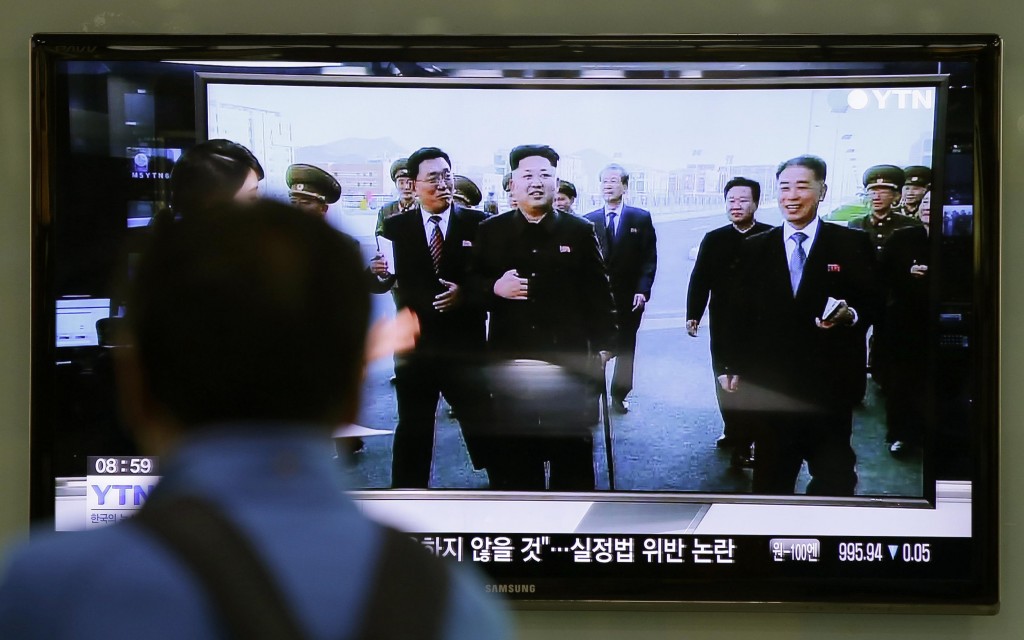 South Korea’s spy agency said Tuesday it has solved the mystery of North Korean leader Kim Jong Un’s six-week public absence, which set off a frenzy of speculation around the world.

The National Intelligence Service told legislators that a foreign doctor operated on Kim in September or October to remove a cyst from his right ankle, according to Park Byeong-seok, an aide for opposition lawmaker Shin Kyung-min. The aide said the spy agency also told lawmakers in a closed-door briefing that the cyst could recur because of Kim’s obesity, smoking and heavy public schedule.

After last being seen in state media on Sept. 3, Kim reappeared on Oct. 14 hobbling with a cane, but smiling and looking thinner. The speculation during his absence was particularly intense because of the Kim family’s importance to impoverished, nuclear-armed North Korea. The family has ruled the country since its founding in 1948.

The syndrome, which is often painful, is caused by the compression of a nerve, sometimes because of a cyst. Surgery is generally seen as a last resort after other treatments are unsuccessful.

No weight should be put on the foot for 10 days after an operation, and an improvement in symptoms may take two to three months, according to the website of the NYU Langone Medical Center’s Department of Neurosurgery.

It wasn’t immediately clear how the information about Kim’s condition was obtained by the spy agency, which has a spotty track record of analyzing developments in opaque North Korea.

The agency also told the lawmakers that North Korea has expanded five of its political prisoner camps, including the Yodok camp, which was relocated to the northwest city of Kilchu, Lim said. The spy agency believes the camps hold about 100,000 prisoners, he said.

Lim said the agency also believes that North Korea recently used a firing squad to execute several people who had been close to Kim Jong Un’s uncle, Jang Song Thaek, who was considered the country’s No. 2 power before his sudden purge and execution in December 2013.