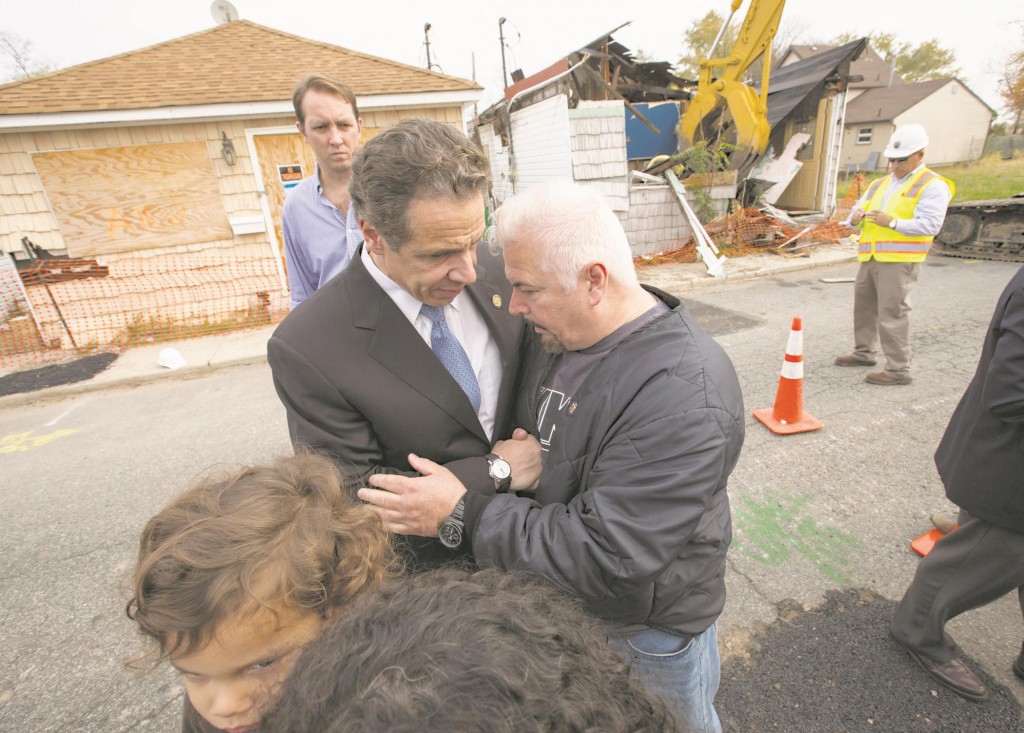 The second anniversary of Superstorm Sandy arrived Wednesday in a region where recovery in New Jersey and New York is happening unevenly, with many houses, boardwalks and businesses rebuilt, but many other people still unable to return to their homes.

U.S. Housing and Urban Development Secretary Julian Castro and federal officials toured a flood-ravaged neighborhood in Union Beach where many residents are still struggling to rebuild. Andrea Kassimatis held her 6-month-old daughter as she described living with four other relatives in a 37-foot trailer next to a partially built home.

“It’s been a rough and grueling process,” she said. “You feel like your government has forgotten you.”

Kassimatis has received a $150,000 rebuilding grant from New Jersey but only got a third of what her flood insurance policy was supposed to pay — a common refrain up and down the coast.

“Don’t believe what you have from a flood insurance policy,” she warned. “Because what you’re sold is not what you’re going to get.”

The October 29, 2012, storm devastated the oceanfront coastline and caused catastrophic flooding in New York and cities in New Jersey. It was blamed for at least 182 deaths and $65 billion in damage in the U.S.

“We’re seeing what a rebirth of a home looks like, the birth of a community,” de Blasio said.

New York Gov. Andrew Cuomo said his state has supported the repair and rebuilding of nearly 10,000 households, provided $20.8 million in grants to small businesses and facilitated the proposal of approximately 600 projects through the NY Rising Community Reconstruction Program.

In New Jersey, the Fair Share Housing faulted the pace of aid distribution, saying only $220 million of the $1.1 billion New Jersey has received for its main rebuilding grant program is in the hands of homeowners.