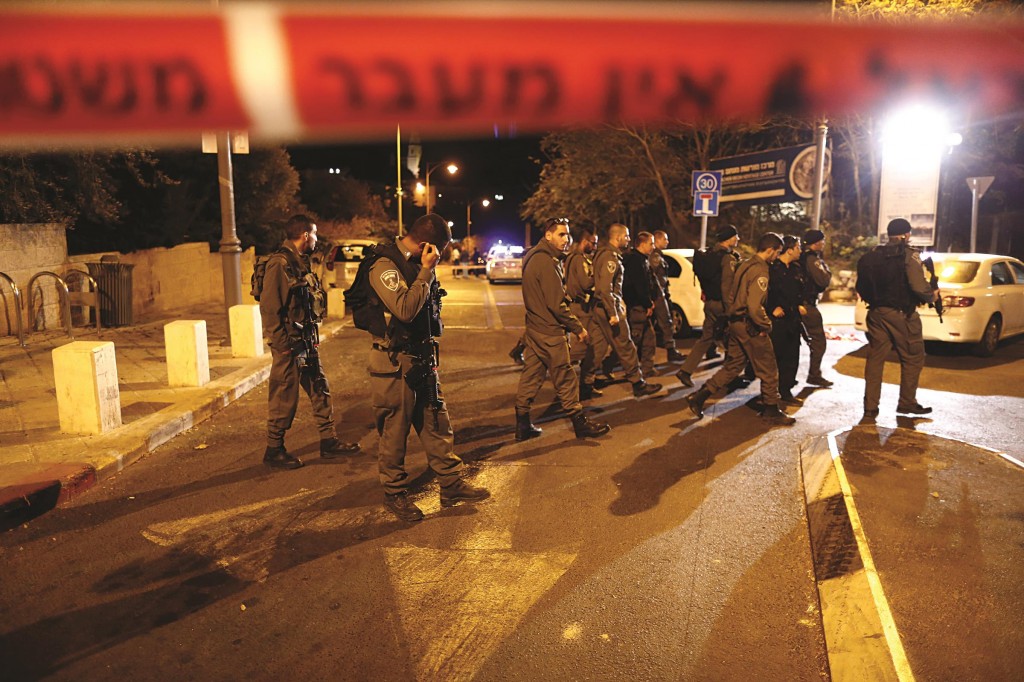 A man was shot and seriously wounded on Wednesday night in Yerushalayim at a national religious gathering, in a probable terrorist attack.

Yehuda Glick, a well-known right-wing activist, was believed to be the victim, though as Hamodia goes to press, positive identification had not yet been made.

The shot was fired at close range outside the Menachem Begin Heritage Center during an annual ‘Israel Returns to the Temple Mount’ event organized by the Temple Mount and Eretz Yisrael Faithful Movement.

Police said the assailant was on a motorcycle and immediately fled the scene. The area was cordoned off and an investigation launched.

The reason for the shooting was unclear, but it had been reported that Islamic groups had been posting threats against individuals in the movement in recent days.

A city official, who requested anonymity due to the sensitivity of the attack, said the victim was believed to be Glick. A call was put out calling for prayers for Yehuda Yehoshua ben Brenda.

“It was an assassination attempt,” the official said. “This is very serious.”

Magen David Adom paramedics arrived at the scene and evacuated him to the Shaare Zedek Medical Center in “very serious” condition.