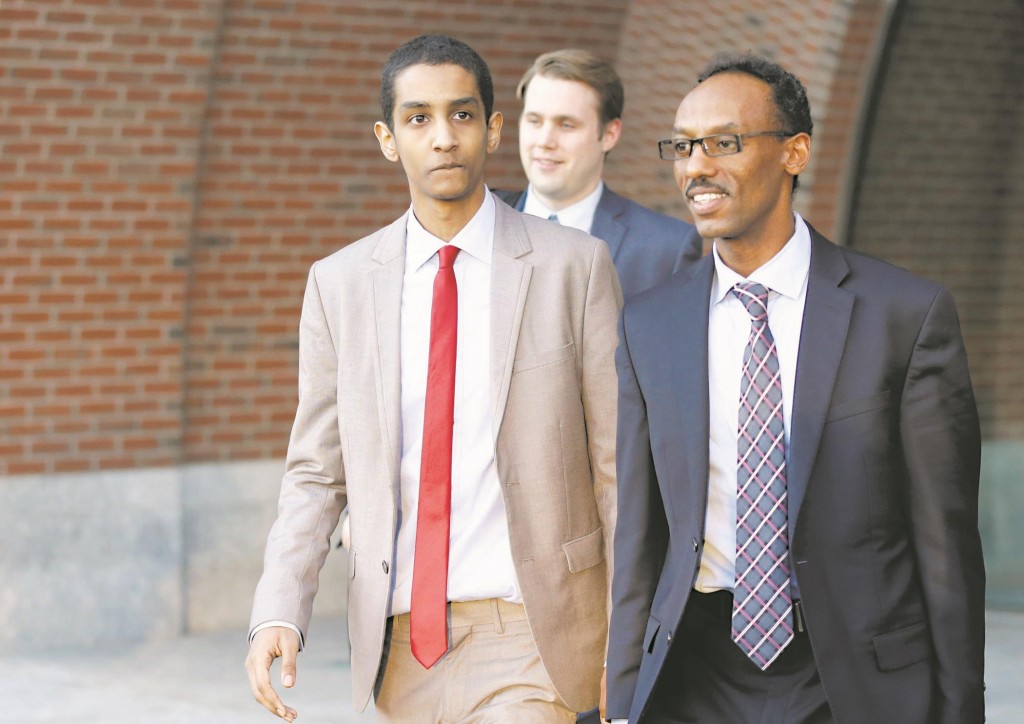 A friend of accused Boston Marathon bomber Dzhokhar Tsarnaev was convicted Tuesday of two counts of lying to the FBI and faces up to 16 years in prison for trying to thwart a federal terrorism investigation.

Robel Phillipos, 21, from Cambridge, Mass., claimed that he was under the influence when he deceived FBI agents about how he and friends secreted away some of Tsarnaev’s belongings from his dorm room in an attempt to protect their friend.

Former Massachusetts Gov. Mike Dukakis, the 1988 Democratic presidential candidate, testified on behalf of Phillipos. Dukakis, a family friend, said he spoke to Phillipos shortly after the young man talked to federal agents. Phillipos told Dukakis he was confused and unsure what he had said to authorities.

After a two-week Boston trial, a federal jury convicted Phillipos on both counts, each carrying a maximum of eight years in prison because his misstatements about hiding Tsarnaev’s backpack and other items came in the midst of a federal terrorism investigation.

“The jury got it exactly right,” U.S. Attorney Carmen Ortiz said in a statement after the verdict was announced.

Phillipos, who is expected to be sentenced Jan. 29 in Boston, becomes the third Tsarnaev friend to be convicted in the wake of the April 2013 bombing. Two others, Azamat Tazhayakov and Dias Kadyrbayev, are to be sentenced later this fall.

Tsarnaev is scheduled to go to trial in Boston in January on 30 counts in the bombing that killed three and injured more than 260. He has pleaded not guilty. His brother, Tamerlan Tsarnaev, described as his bombing accomplice, was killed during a police shootout several days after the two pressure cooker bombs exploded at the race finish line.