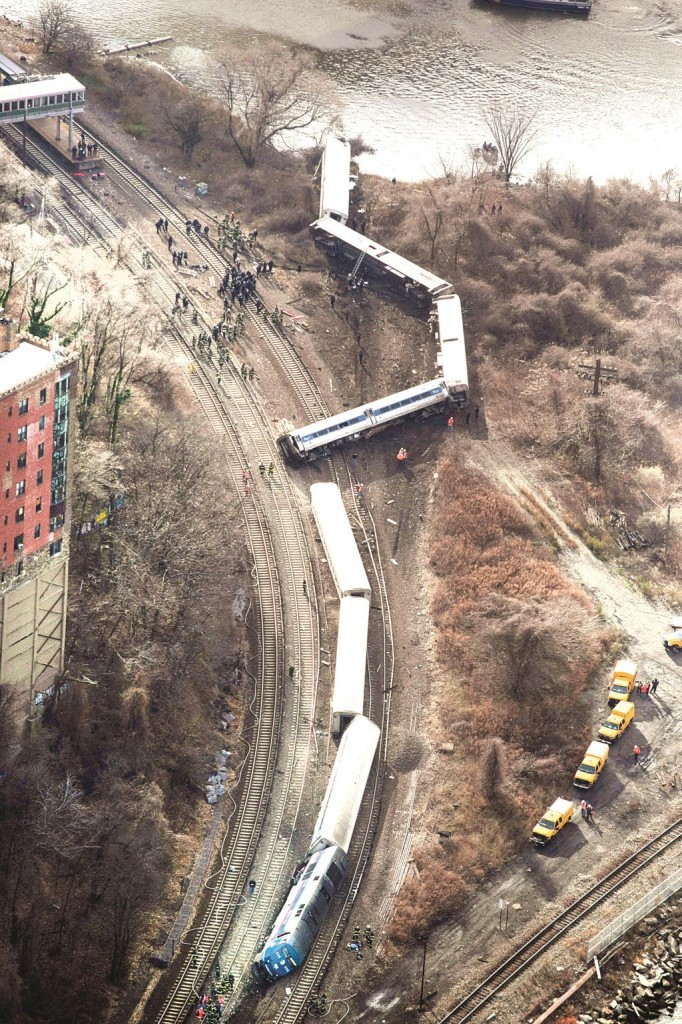 A sleep-deprived engineer nodded off at the controls of a commuter train just before taking a 30 mph curve at 82 mph, causing a derailment last year that killed four people and injured more than 70, federal regulators said Tuesday.

William Rockefeller’s sleepiness was due to a combination of an undiagnosed sleep apnea and a drastic shift in his work schedule, the National Transportation Board said. It said the railroad lacked a policy to screen engineers for sleep disorders, which also contributed to the Dec. 1 crash. It also said a system that would have automatically applied the brakes would have prevented the crash.

The board also issued rulings on four other Metro-North accidents that occurred in New York and Connecticut in 2013 and 2014, repeatedly finding fault with the railroad.

“This would be almost a comedy of errors if it weren’t so tragic,” Sen. Chuck Schumer (D-N.Y.) said Tuesday. “It’s clear these mistakes were avoidable.”