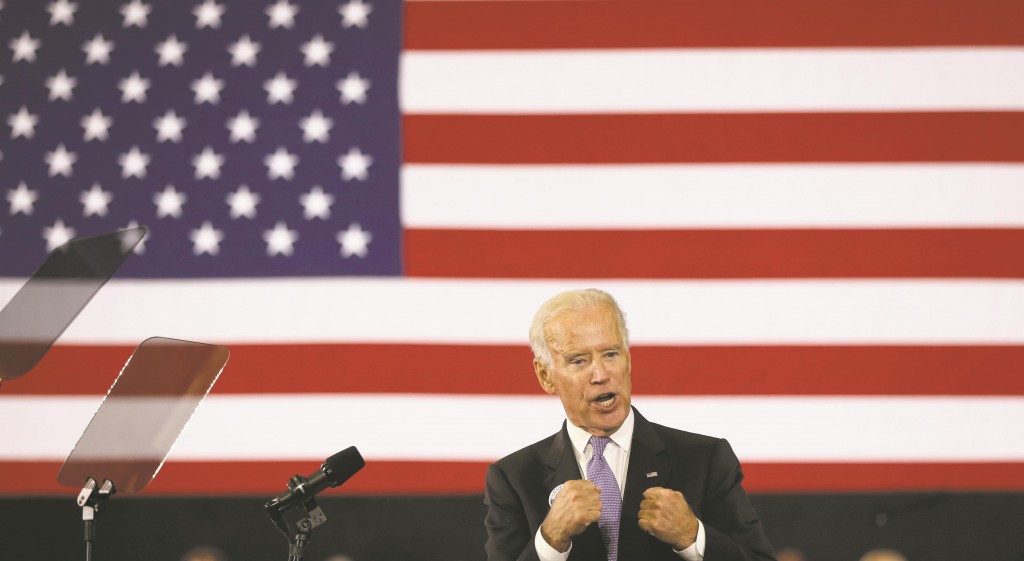 Desperate Democrats are scrambling to save suddenly vulnerable House incumbents, even in states where President Barack Obama cruised to double-digit victories, amid fresh signs of Republican momentum less than a week before the midterm elections.

The once-friendly terrain of New York, California, Obama’s native state of Hawaii and adopted state of Illinois pose stiff challenges to Democrats who are determined to limit their losses next Tuesday. Both parties agree the GOP will hold its House majority; the question is whether Republicans can gain enough seats to rival their post-World War II high water mark of 246.

The current breakdown is 233-199 in favor of the Republicans with three vacancies.

In a clear sign of Democratic woes, Vice President Joe Biden was heading to Massachusetts on Wednesday for a rally with Seth Moulton, who is trying to hold onto a Democratic seat against Republican Richard Tisei. Then Biden was traveling to California on Saturday to campaign in an open-seat contest east of Los Angeles that surprisingly looks closer than a sure-fire Democratic gain.

“It’s been so long since a Republican was elected to the Congress in Massachusetts, most Republicans don’t know how to spell Massachusetts,” joked Rep. Greg Walden of Oregon, chairman of the National Republican Congressional Committee. He said the GOP is spending 78 percent of its independent money in districts that Obama won.

National Democrats are coordinating with local campaigns in Nevada, Hawaii and California in hopes of holding seats.