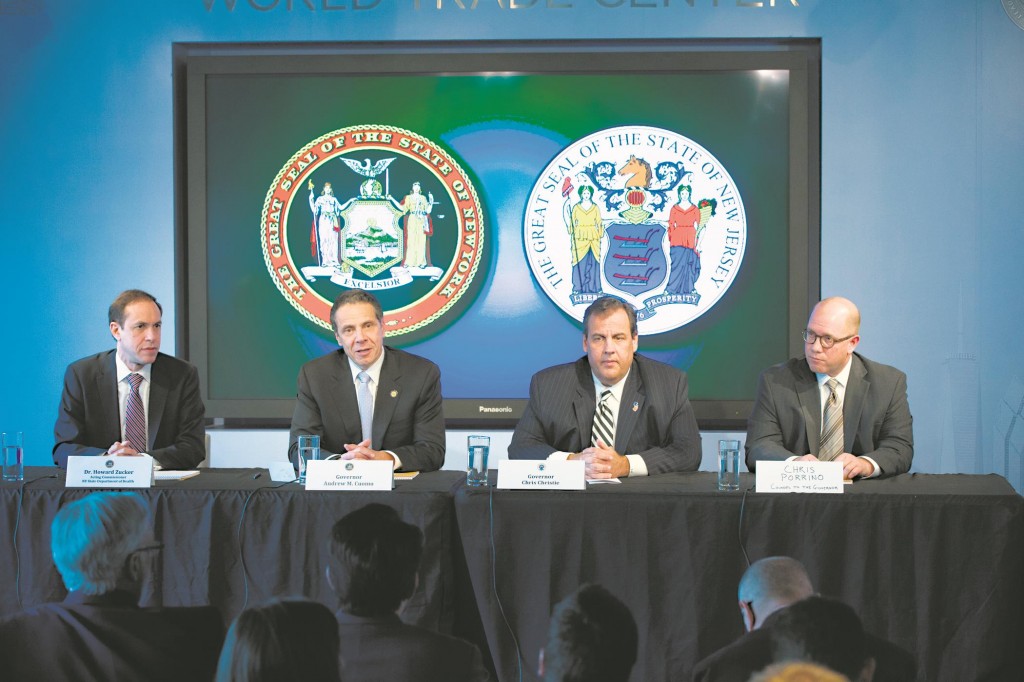 For Americans wondering why President Barack Obama hasn’t forced all states to follow a single, national rule for isolating potential Ebola patients, the White House has a quick retort: Talk to the Founding Fathers — James Madison in particular.

A hodgepodge of state policies, some of which directly contradict Obama’s recommendations, has sowed confusion about what’s really  needed to stop Ebola from spreading in the United States. While public health advocates denounce state quarantines as draconian and scientifically baseless, anxious citizens in non-quarantine states are asking whether they’re at greater risk because their governors and the president have adopted a lesser level of caution.

Although the Constitution empowers the feds to isolate sick people entering the U.S. or traveling between states, it’s the states themselves that have the bulk of the authority to regulate public health in America.

“I guess you can take that up with James Madison,” said White House spokesman Josh Earnest, referring to the fourth president and key drafter of the Constitution, when asked why there was no binding federal policy. An ironic blame target, perhaps, coming from an administration that Republicans typically accuse of exceeding its legal authority on issues like immigration, health care and foreign policy.

With states and localities having broad authority to impose quarantines themselves, Earnest said the federal government’s role was to “marshal scientific evidence” for best practices to stop Ebola’s spread. On Monday, the Centers for Disease Control and Prevention did just that.

“The CDC is behind on this,” he told NBC. “Governors ultimately have responsibility to protect the public health of people within their borders.”

Some legal experts say New York and New Jersey could be on shaky legal ground. To infrine on an individual’s freedom of movement, states face a high bar to prove they are based on science and epidemiology.

“We have not seen for decades and decades the state or federal government say a whole category is going to be subjected to quarantines,” said David Fidler, who teaches international and public health law at Indiana University.

In fact, such broad quarantines are almost unheard of in U.S. history. Almost always, they have been limited to diseases that are airborne and easy to catch; Ebola is neither.

“What several of these governors are doing is giving very confusing and mixed messages to the public,” said Lawrence Gostin, who heads the national and global health law program at Georgetown University. “It’s an inherent problem in our federalist system. We are designed as 51-plus governments. They can speak with different voices.”