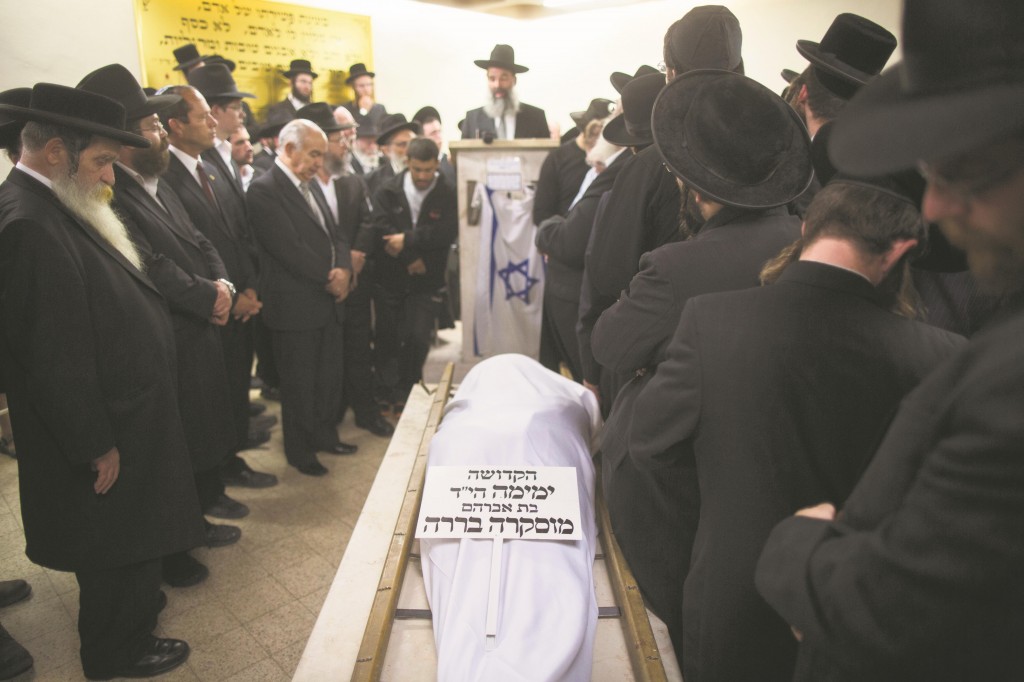 Yemima (Karen) Mosquera, Hy’’d, fatally wounded in last Wednesday’s terror attack, succumbed to her wounds Sunday, and in a levayah attended by hundreds was buried on Har Hazeisim.

Although initial reports described Mosquera as a candidate for Jewish conversion, it later emerged that she had already undergone conversion prior to her tragic death, under the auspices of the beis din of Harav Nissim Karelitz in Bnei Brak.

Mosquera was on her way to a Torah lecture in Ramat Eshkol when a terrorist ran his car into a crowd at the light rail station near Ammunition Hill.

She came to Israel a year and a half ago from her home in Ecuador to complete her conversion, a Foreign Ministry statement said. Her decision to convert was made after discovering she was descended from conversos, Spanish Jews forcibly converted to Catholicism after 1492.

Harav Gavriel Gibber, who is active in outreach, had made a connection with the family two years ago. As a result of her connection with Harav Gibber, Mosquera eventually decided to leave Ecuador for Israel, where she completed her conversion process.

Mosquera’s mother, Cecilia Barrera, and sister Priscilla flew in from Ecuador to be by her side at Hadassah Ein Kerem Hospital before she passed away, and her father Guido arrived to attend the funeral.

“She was a quiet girl who believed in her path, fought to become a Jew and nothing bothered her,” said a friend. Mosquera’s mother said her daughter’s dream had been to come to Israel and build her life here.