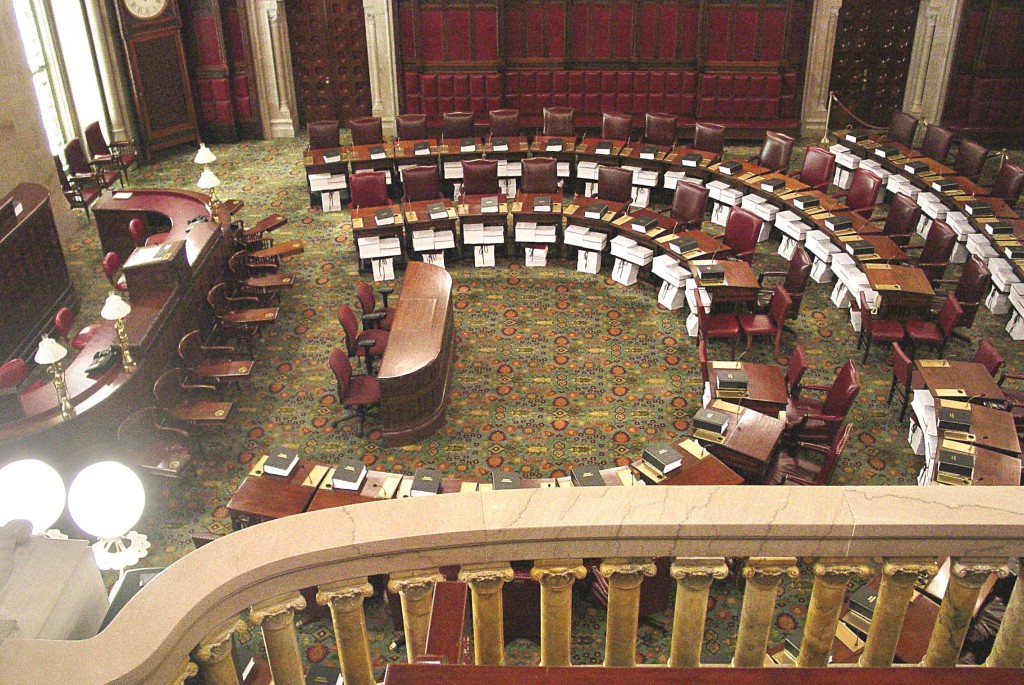 If New York voters approve proposition No. 2 on the ballot next week, their 213 legislators will join the digital age. Their desks in the ornate chambers of the Capitol will have computers instead of thick stacks of bills.

Many other states have already made such efforts, but New York’s change has required a number of hurdles because its constitution requires bills to be “printed and upon the desks” of lawmakers for three days before they can be passed.

The change is expected to save millions of dollars in printing, many trees and landfill space. But there are concerns, including ensuring lawmakers aren’t playing games when they’re supposed to be making laws.

Assemblyman James Tedisco, a Schenectady Republican who has been calling publicly for the change for four years, believes they’ll equip the desks with keypads and computer tablets that legislators can pick up to show colleagues what they’re looking at.

“Everybody will have one. It’s a one-time expense. Hopefully they’ll be there a good long time,” Tedisco said. Printing will remain an option for those who want a paper copy of a bill. Lawmakers now get on average 17,000 bills a year, printed centrally for the Assembly and Senate, with copies placed on all 213 desks, he said.