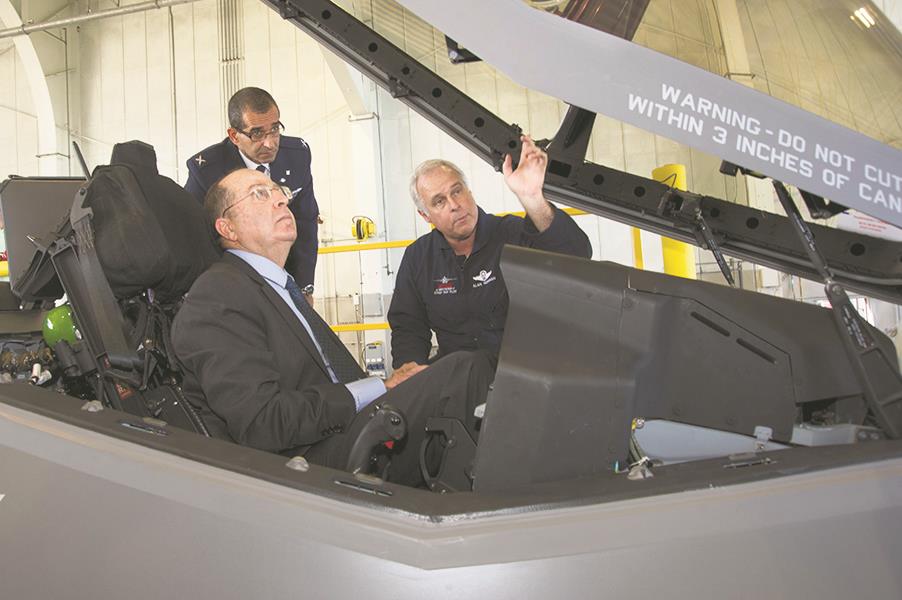 Defense Minister Moshe Ya’alon might be persona non grata at the White House, but this did not prevent him from closing of a deal for a squadron of F-35 fighter jets during his recent visit to Washington.

Yaalon and Secretary of Defense Chuck Hagel finalized the terms of Israel’s purchase of up to three F-35 squadrons.

The first delivery of the F-35 Joint Strike Fighter is due in Israel in 2016, and 19 jets are to arrive by 2018. From 2019, the jets that will make up the second squadron are expected to begin arriving.

The purchase of the second squadron is conditional on the approval of the ministerial committee for defense purchases, defense sources said.

Israel signed a $2.75 billion deal to purchase a squadron of 19 F-35s from Lockheed Martin in 2012, and received Pentagon approval to purchase an additional 75 platforms.

Meanwhile, a survey of military experts rated the IDF the most powerful in the Middle East, and the Israeli Air Force ranks No. 1 in the world.

“Pilot to pilot, airframe to airframe, the Israeli air force is the best in the world,” Chris Harmer, a senior naval analyst at the Institute for the Study of War, told Business Insider.