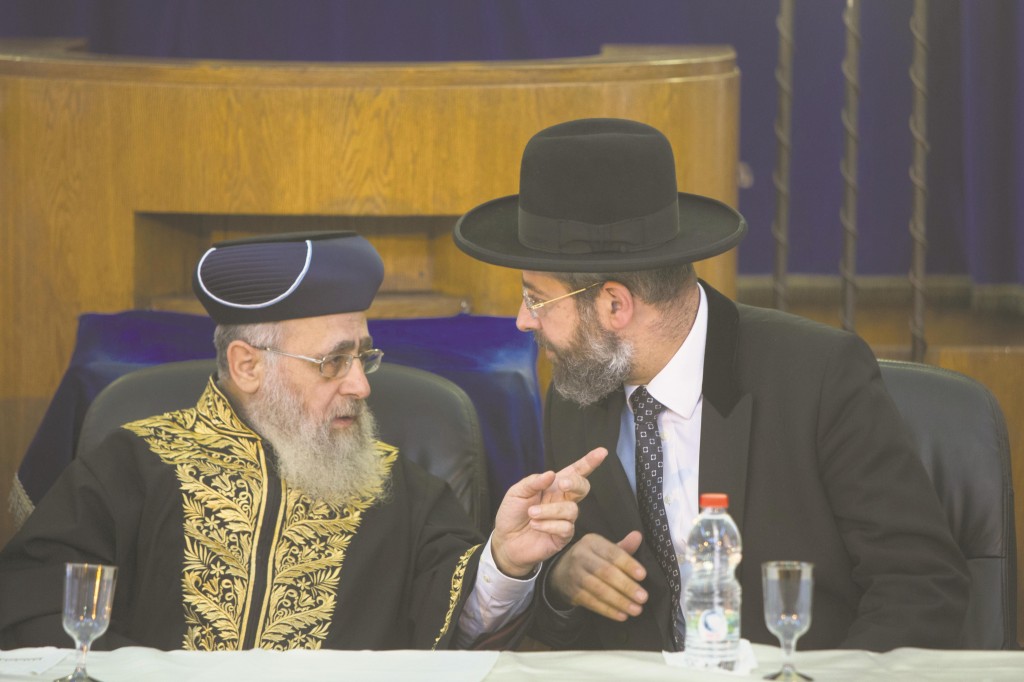 Israel’s Chief Rabbis held an urgent meeting with Prime Minister Binyamin Netanyahu early Tuesday afternoon in an effort to head off a conversion bill that, if passed by the Knesset, could profoundly divide the Jewish people.

During the meeting, Chief Sephardic Rabbi Yitzchak Yosef and Chief Ashkenazi Rabbi David Lau warned Netanyahu that they will not recognize conversions made under the new law. The law would lift key safeguards from the current conversion process, chiefly, allowing local Rabbinical courts to set their own criteria for conversion.

In view of the fact that there are communal rabbis who claim that Israel must convert anyone who applies, even without commitment to observance of mitzvos, the potential for halachically invalid conversions would rise drastically.

In addition, Rabbi Lau noted that at an international rabbinical conference last month in London, Rabbanim living abroad told him that if the supervision of conversion were removed from the Chief Rabbinate, they would also refuse to recognize conversions taking place in Israel.

The bill, sponsored by MK Elazar Stern (Movement), has split the coalition.

The Jewish Home Party opposes the law, after nearly all national religious rabbis agreed that the bill will assimilate non-Jews into the Jewish people. The party had originally agreed to let the bill come to a first reading, despite its right (as part of a coalition agreement) to veto laws pertaining to religion and state before their presentation to the Knesset, in order to gain support for its bill against freeing terrorists in exchange agreements.

MK Orit Struk (Jewish Home), who is a member of the Knesset committee, told Arutz Sheva that she will act, together with the other members of her faction, to prevent the law from passing. “This bad law is prepared for the second and third readings and we in the Jewish Home will do everything so that the law does not pass in the plenum,” she promised.