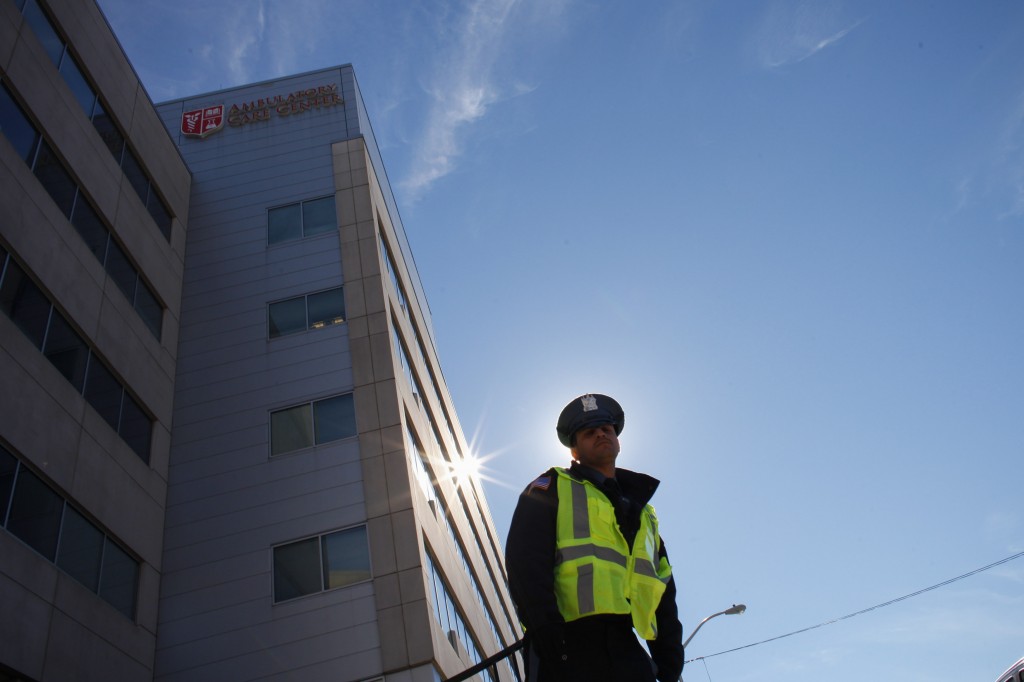 A nurse who worked in West Africa with Ebola patients was released Monday afternoon after being quarantined through the weekend in an isolation tent at a New Jersey hospital, a condition she described as “inhumane” on national media.

Kaci Hickox had been symptom-free for 24 hours and was being taken to Maine, where she lives. A statement released by New Jersey Gov. Chris Christie said health officials in Maine had been notified of her arrival and that they could decide on her treatment and monitoring from there.

Maine’s protocols require her to be quarantined in her home in Fort Kent for 21 days after the last possible exposure to the disease.

Hickox complained about her treatment in New Jersey after she became the first person forced into the state’s mandatory quarantine, announced Friday by Christie for people arriving at Newark Airport from three West African countries.

“We are pleased that the state of New Jersey has decided to release Kaci. They had no justification to confine her,” said Norman Siegel, the civil rights attorney Hickox hired while she was quarantined. He said that she has not ruled out legal action.

Speaking at a campaign event for Florida Gov. Rick Scott in Wellington, Florida, on Monday morning, Christie said when Hickox “has time to reflect, she’ll understand” the quarantine and that he is happy to send her home.

Christie and New York Gov. Andrew Cuomo jointly announced the quarantine policy on Friday. But over the weekend, the Obama administration condemned the mandatory quarantines. Late Sunday night, Cuomo and Christie stressed separately that the policies allowed for home confinement for medical workers who have had contact with Ebola patients if the workers show no symptoms.

Under New Jersey’s protocol, state residents who had come into contact with someone with Ebola would be subject to a mandatory 21-day quarantine at home, even if they had no symptoms. Non-residents who landed in the state would be taken home if feasible or otherwise quarantined in New Jersey.

In a telephone interview Saturday with CNN, Hickox said she did not initially have a shower, flushable toilet or reading material in the special tent she was in at University Hospital in Newark.

Christie said Monday that his priority is protecting people’s health.

“I understand that she didn’t want to be there, she made that very clear from the beginning,” Christie said. “But my obligation is to all the people of New Jersey and we’re just going to continue to do that.”