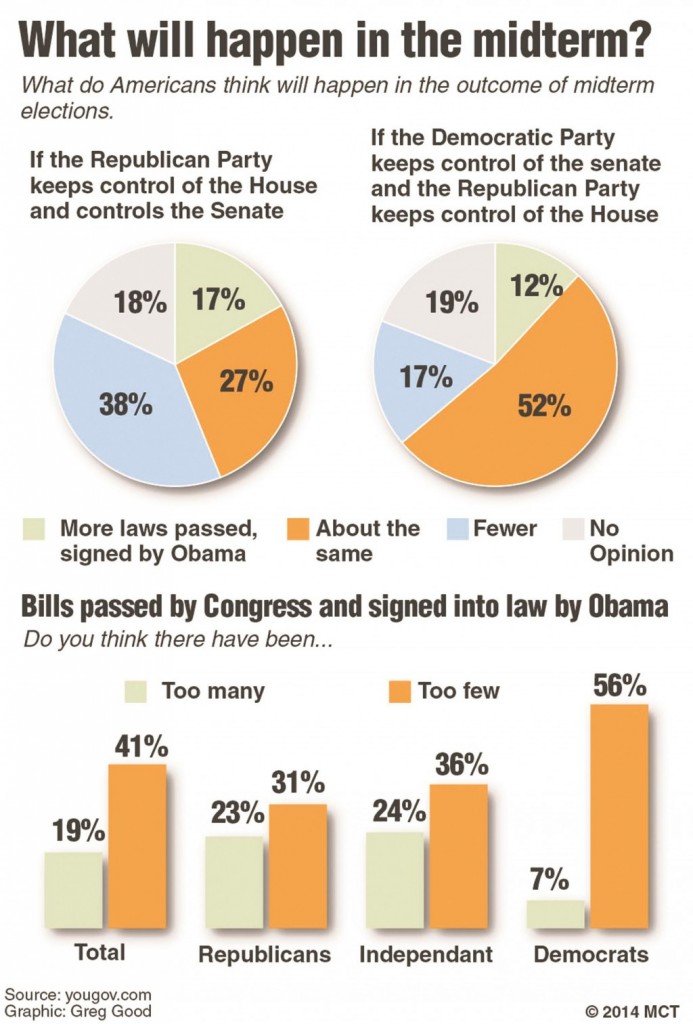 The fight for control of the U.S. Senate could last far past the Nov. 4 election, with possible run-offs in Louisiana and Georgia and surprising surges by independent candidates in Kansas and South Dakota creating new uncertainty for both parties.

All four states are critical to Republican efforts to pick up the six Senate seats they need to hold a majority of the 100-member chamber, and the added unpredictability could extend the battle for Senate control into December or even early January.

The picture is further muddied by the rise of strong independent candidates in Kansas and South Dakota who could join the Senate without clear allegiance to Democrats or Republicans. If Senate control hinges on one or two seats, they would face immense pressure from both parties to join their ranks.

“The fact of the matter is we may not know who is going to control the Senate on November 4,” said Jim Manley, a former longtime aide to Democratic Majority Leader Harry Reid. “It may take at least a month for it to all play out.”

With a dozen or so tight races being waged across the country, any state could wind up producing the kingmaker who decides whether Republicans or Democrats control the Senate.

Republicans are expected to maintain their majority in the House of Representatives, so winning the Senate would give them further power to block President Barack Obama’s agenda in the last two years of his term.

In the case of a 50-50 split in the Senate, Vice President Joe Biden, a Democrat, would represent the deciding vote.

The prospect of a split Senate also raises the possibility of party-switching from lawmakers who do not always align with their own parties.In 2001, for example, Vermont Republican Jim Jeffords became an independent, joining Democrats in votes to give them a majority.