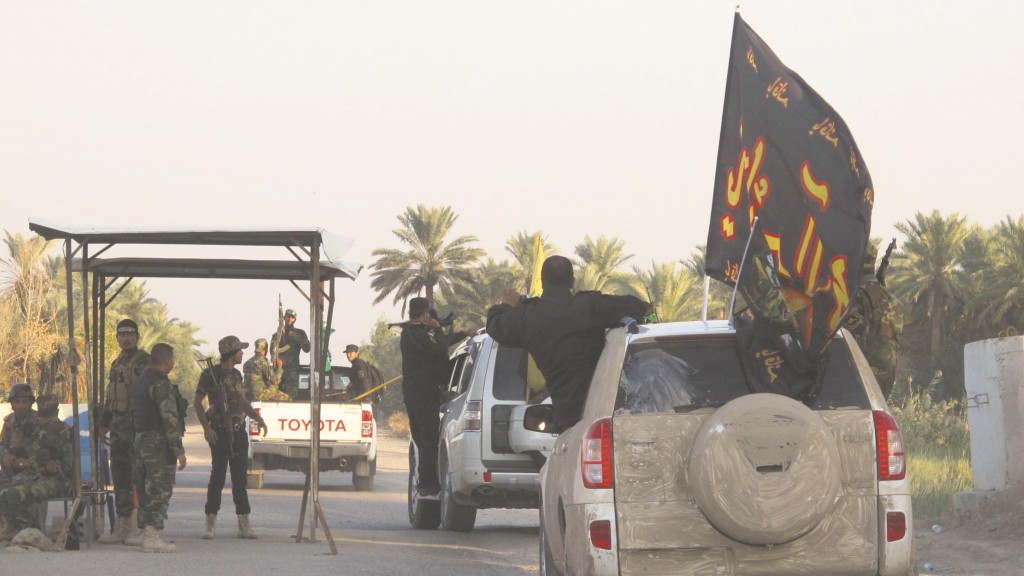 Two car bombings in Iraq, including one where a suicide attacker drove a Humvee into a checkpoint manned by Iraqi troops and pro-government Shiite militiamen, killed at least 38 people Monday, authorities said. Most of those killed were members of the Shiite militia.

No one immediately claimed responsibility for the attack. Jurf al-Sakhar is 30 miles south of Baghdad, but the bombing bore all the hallmarks of an attack by the Islamic State group.

Islamic State lost control of the town Sunday, when Iraqi soldiers and the Shiite militia retook it from the Sunni extremist group. The Islamic State group seized the town in July as part of its blitz that captured large swaths of northern and western Iraq.

Jurf al-Sakhar is part of a predominantly Sunni ribbon of territory that runs just south of Baghdad and lies on a road usually taken by Shite pilgrims to the holy Shiite city of Karbala further south.

Pilgrims will be taking the route next week for a commemoration event.