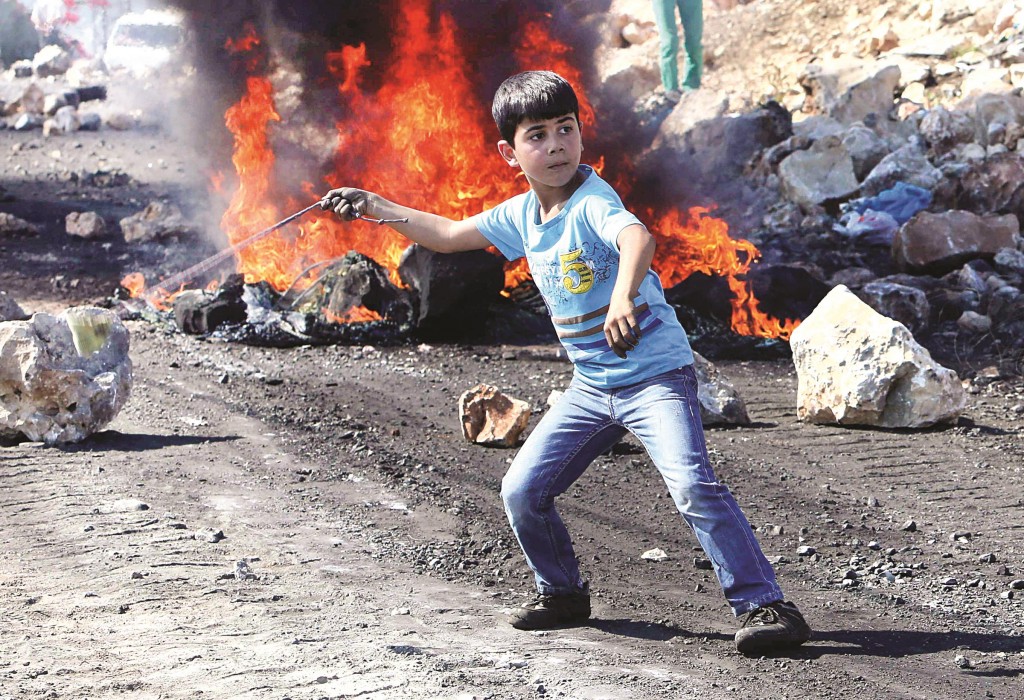 Despite official warnings that further disorders would not be tolerated, and the deployment of 1,000 extra border police, Arab youths continued on a rock-throwing rampage over the weekend in Yerushalayim and other parts of the country.

“We will not allow the reality of Yerushalayim to become one of throwing stones and firebombs, and disturbances,” Israeli Prime Minister Binyamin Netanyahu told the weekly cabinet meeting on Sunday.

“This is not coincidental. Islamic extremist elements are trying to set alight the capital of Israel and we will use all necessary force, with determination and responsibility, so that they are unsuccessful,” he said.

Netanyahu stated that 1,000 additional police officers, Border Policemen and special unit forces are being brought in to reinforce the police and security forces in the city.

On Sunday, rock throwers attacked an Egged bus driving through a main street of the capital, Sultan Suleiman Street, near the walls of the Old City. Windows were damaged, but, b’chasdei Hashem, no injuries were reported.

Dozens of masked Palestinians blocked a roadway and hurled stones and firebombs in the east Yerushalayim neighborhood of A-Tur on Motzoei Shabbos, police said.

One person was injured lightly from a stone. Police on the scene used crowd-dispersal methods in a bid to quell the unrest.

Rioters continued to target the light rail in east Yerushalayim, as stones were thrown at one of the trains, causing light damage.

Police said at least five Palestinians were arrested overnight as they worked to restore order.

The disturbances are linked to the funeral scheduled for Sunday night for Abed a-Rahman a-Shaludii, the Palestinian who drove into a crowd on Wednesday, killing three-month-old Chaya Zissel Braun and wounding six others, one of whom died of her injuries late Sunday.

The funeral of the terrorist was due to take place around 11 p.m. near the Old City, after it was delayed from Friday for security reasons.

Meanwhile, in a separate incident, a Palestinian with U.S. citizenship was shot dead by Israeli soldiers as he was about to hurl a firebomb at them near Ramallah.

State Department spokeswoman Jen Psaki called for “a speedy and transparent investigation” into the death.

“The United States expresses its deepest condolences to the family of a U.S. citizen minor who was killed by the Israeli Defense Forces during clashes in Silwad on October 24,” Psaki said.