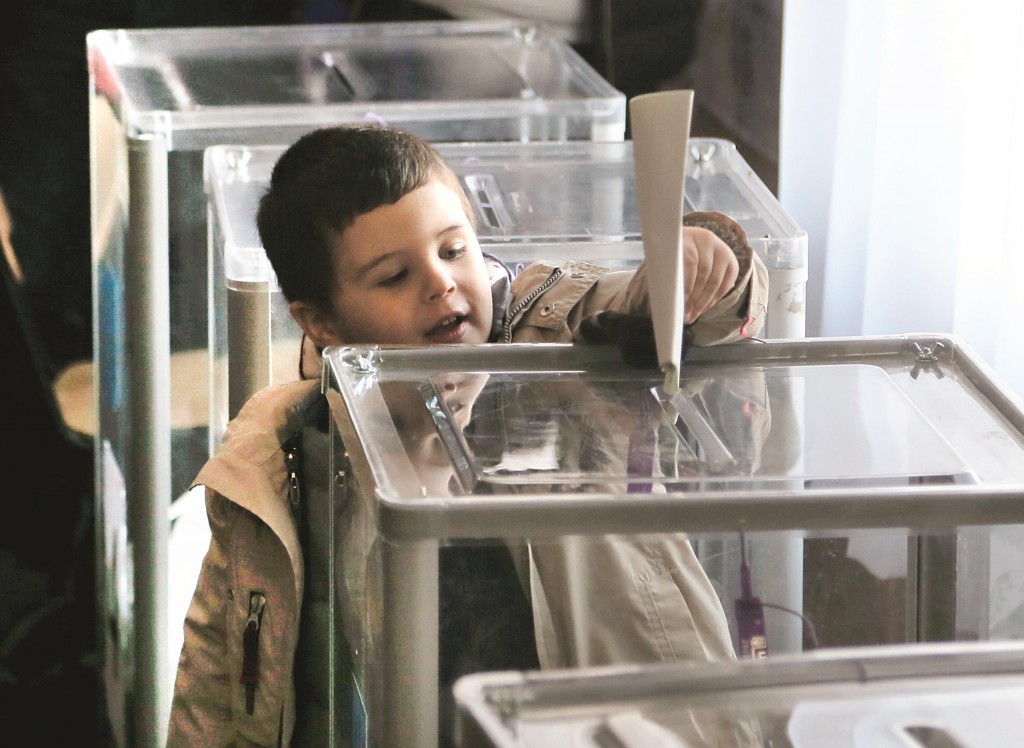 Ukrainians have overwhelmingly voted in several pro-Western parties in a landmark parliamentary election Sunday, another nudge in the former Soviet nation’s drift away from Russia.

Although they lead rival parties, Poroshenko and Yatsenyuk share pro-Western postures and have campaigned on reform agendas aimed at pulling Ukraine back from the brink of economic ruin. The parties are expected to join forces with similarly reform-oriented groups to form a broad pro-European coalition.

Talking to supporters at his party headquarters, Poroshenko said coalition talks will start Monday and will last no longer than 10 days.

The vote on Sunday will substantially overhaul a legislature once dominated by loyalists of ousted former president Viktor Yanukovych.

“We are seeing a triumph of pro-European forces and a collapse among pro-Russian parties,” said Mikhailo Mischenko, an analyst with the Razumkov Center think tank. “Ukrainian people see their future in Europe, and this is something that all Ukrainians politicians will have to account for.”

The public mood has turned sharply against the leadership in Moscow over what is widely seen as its direct role in fomenting separatist unrest.

“Russia cannot interfere with Ukraine. We will become part of Europe,” said 30-year old economist Anton Rushailo, after voting in Kiev. “Sooner or later, we will join NATO, and today we are taking an important step in that direction.”