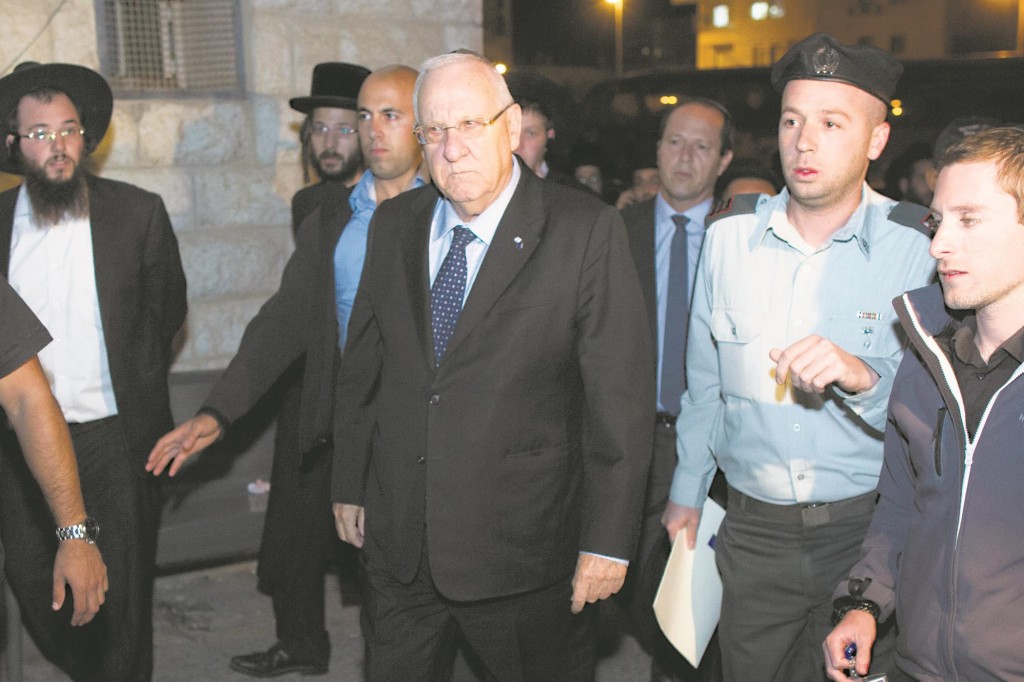 As the Jewish world mourned the brutal murder of 3-month-old Chaya Zissel Braun, Hy”d, in a terror attack on Wednesday, Hamas and Islamic Jihad hailed it.

“The attack in Yerushalayim is an act of heroism,” said Mushir al-Masri, a senior Hamas spokesperson, who said the attack was motivated by crimes against his people and their holy sites.

The driver, identified as Abdel Rahman Al-Shaludi, a Palestinian from Silwan in eastern Yerushalayim, died early on Thursday after being shot by police as he tried to escape the scene.

Hamas further threatened that this could be the start of the next “Palestinian intifada.”

“The United States condemns in the strongest possible terms the terrorist attack in Yerushalayim. We express our deepest condolences to the family of the baby, reportedly an American citizen, who was killed in this despicable attack, and extend our prayers for a full recovery to those injured. We urge all sides to maintain calm and avoid escalating tensions in the wake of this incident.” State Department spokeswoman Jen Psaki said in a statement released Wednesday, hours after the attack.

The series of violent incidents already being termed by some as the third intifada continued on Wednesday night and Thursday in Yerushalayim, even as officials declared a crackdown and deployed more security forces at flashpoints around the capital.

Clashes between Arab men and police in several neighborhoods in eastern Yerushalayim lasted late into the night on Wednesday.

On Thursday, masked Arabs hurled stones at a kindergarten in the Maaleh Zeitim neighborhood, near the Palestinian quarter of Ras al-Amud in the eastern part of the capital. There were no reports of injuries or damage.

Near the entrance to the Shuafat quarter, a bus carrying soldiers to the IDF Central Command base was pelted with rocks thrown by local Palestinians. There were no injuries reported.

Declaring that “Yerushalayim is under attack,” Prime Minister Binyamin Netanyahu on Thursday ordered additional Border Police to be deployed and vowed to restore order and preserve the sovereignty of Israel.

According to a statement issued by the Prime Minister’s Office, he gave instructions to “exercise Israeli sovereignty” in all parts of the city through the deployment of additional forces.

“We support the Israeli police, and will give it all the reinforcements necessary,” he said.

Netanyahu, in an apparent reference to Wednesday’s attack in Ottawa, said that Yerushalayim is not the only city and capital in the world under attack.

“But the attack in Yerushalayim is supported by Palestinian Authority President Mahmoud Abbas, who glorifies the murderers and embraces the organization to which the terrorists belong — Hamas.”

In a similar vein, Foreign Minister Avigdor Lieberman also linked the terror attack in Yerushalayim to the shooting in the Canadian capital of Ottawa.

“The terror attacks that took place almost at the same time on opposite sides of the globe — Yerushalayim and Ottawa — prove once again that terrorism is a worldwide plague that needs to be fought with force and without compromise,” Lieberman said in a statement.

“Terrorism doesn’t stem from construction of homes in Yerushalayim, Ottawa, New York, Madrid, London or Moscow,” the foreign minister said. “Rather, it stems from a struggle against extremist Islam throughout the Western world. We stand by our friend Canada, which has proven by virtue of its joining the war against Islamic State and its steadfast support of Israel, that it doesn’t capitulate to terror. We will also continue to be determined in the fight against terror and terrorists.”