Regional NYPD Officers to Be Equipped With iPads
Regional 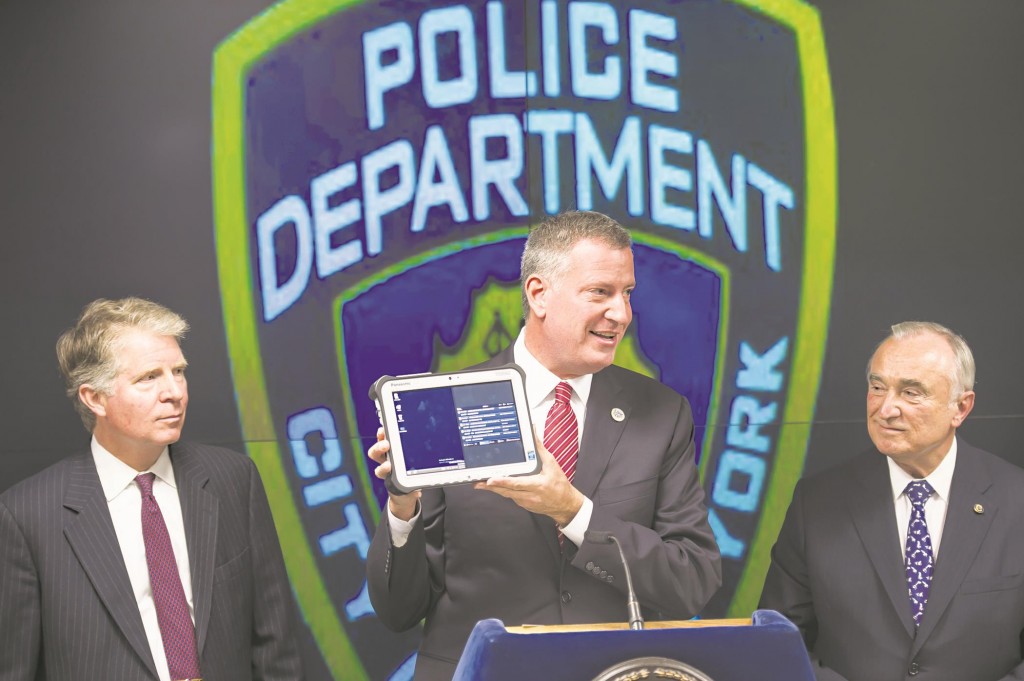 Thousands of New York Police Department patrol officers will soon be armed with tablet computers that can give them instantaneous crime-fighting data, part of a $160 million program paid for with funds from a massive penalty against the French bank BNP Paribas, officials said Thursday.

At a news conference, Mayor Bill de Blasio, Police Commissioner William Bratton and Manhattan District Attorney Cyrus R. Vance Jr. touted the plan to outfit the nation’s largest police department with 6,000 tablets and 35,000 other handheld computers. That would allow officers in the field to run immediate background checks on suspects and locations, and the department to keep the force up to speed on the latest terror threats.

Funding is coming from a nearly $9 billion settlement earlier this year in which BNP Paribas admitted concealing transactions at its Manhattan-based branches for Sudanese, Iranian and Cuban terror clients.