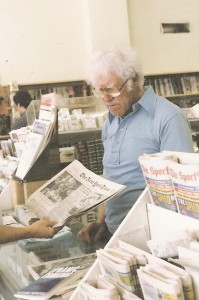 Beggarville. Lakewood occupies a hallowed place on the Jewish map. From the time-honored “Ihr haTorah” to the good-natured nicknames and monikers bestowed by residents on the town which hosts the hemisphere’s largest yeshivah, none have been designed to call attention to a point of pride — the steady stream of fund-raisers who now consider the town an “address.”

The New York Times, in an article timed to coincide with the end of Judaism’s longest Yom Tov, begs to differ.

To the Gray Lady, and her religion writer, Mark Oppenheimer, that tradition of tzedakah is cause for derision and an insurgent print-attack on Jews emerging from the simchah of a 10-day Yom Tov, which — yes, was preceded by the distribution of a voluminous amount of charity.

In a feature-length article in the magazine, they did just that. Titled “Beggarville,” or “The Beggars of Lakewood” in their online edition, the article seemingly follows a Yerushalmi Yid from his financial troubles back in Israel on through the alleyways and study halls of Lakewood. But overlaid with it all is a hint of mockery and an undertone of the stereotypical Jew.

What in the 16th century was Moshke the moneylender, is now Meilach the beggar. What Shakespeare called The Merchant of Venice the Times calls The Beggars of Lakewood.

Did they intend to associate begging with the township overall? The newspaper which last year stopped referring to illegal immigrants with that label since “no human being is ‘illegal,’” shows no such compunctions with the beggars of Lakewood.

These people are honorable men who suffer under a harsh system of how to earn a livelihood. Instead of focusing on the recipients, would not a few tweaks have made it possible to focus on how the good people of Lakewood enable them to do just that in a dignified manner?

The article begs that question. The Gray Wolf has struck out again.

This article appeared in print on page 5 of the October 24th, 2014 edition of Hamodia.