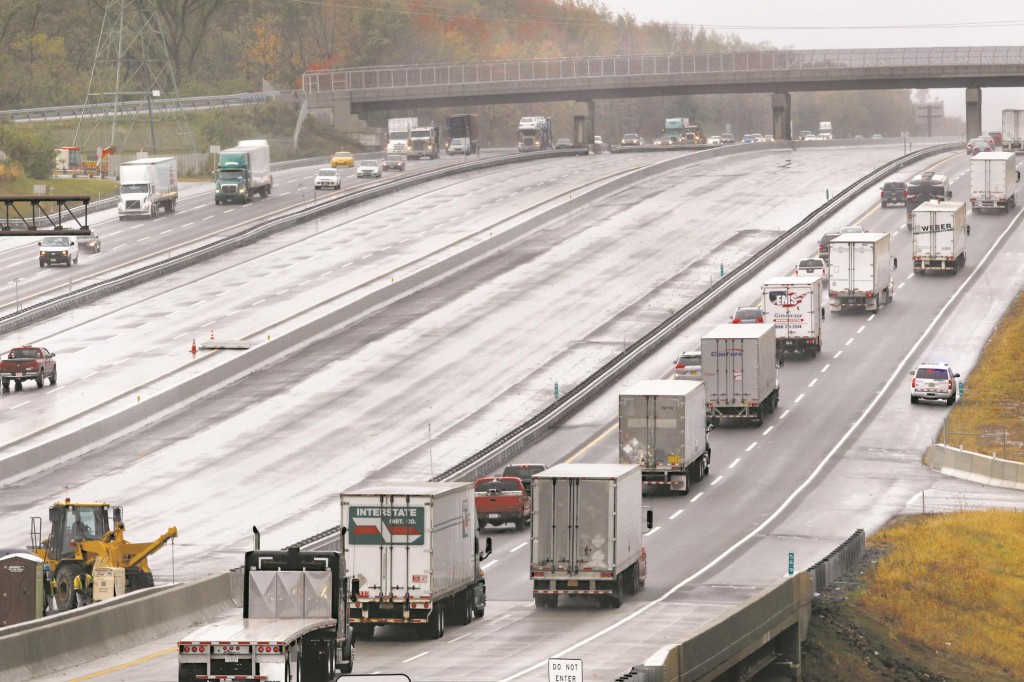 One of New Jersey’s most notorious traffic bottlenecks may soon disappear.

A $2.3 billion project to widen the New Jersey Turnpike from six to 12 lanes along a 35-mile stretch is nearly complete. The northbound lanes are expected to open Saturday night into Sunday, while the southbound lanes will open next weekend.

The work on what officials say is the equivalent of 170 miles of new lanes to widen the turnpike began in June 2009. The project’s goal was to ease the chronic traffic bottlenecks that occur near Interchange 8A, where the car and truck lanes merge.

Thomas Feeney, a turnpike authority spokesman, said the project came in more than $200 million below budget.

“It’s the largest capacity expansion in the 62-year history of the turnpike,” Feeney said. “At the peak of construction, it was the largest ongoing roadway project in the Western Hemisphere.”