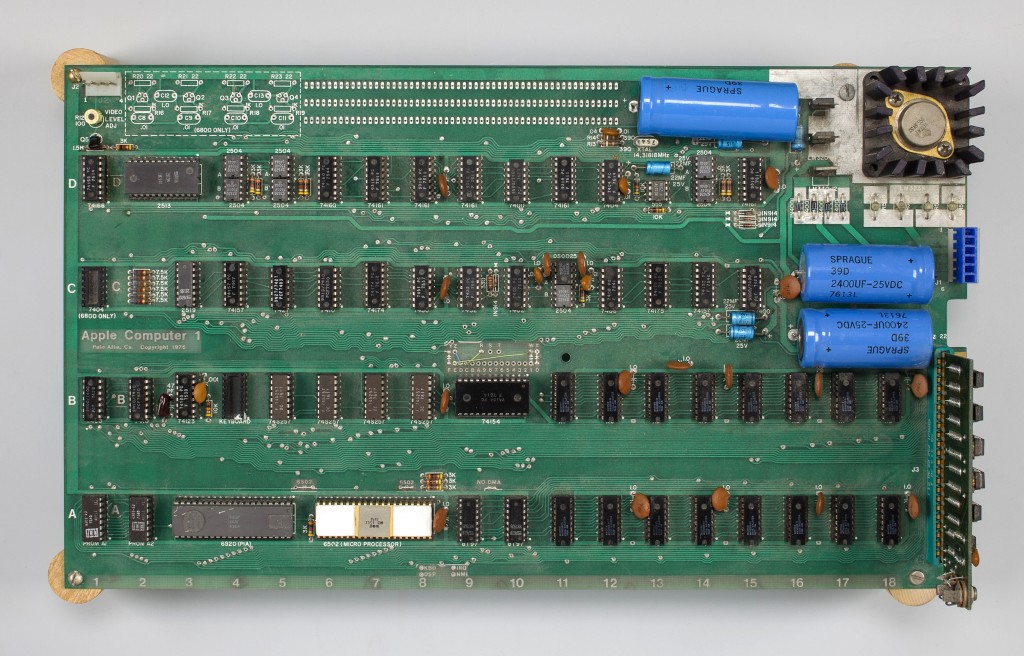 A vintage Apple computer that was one of only 50 made in Steve Jobs’s garage in 1976 sold for $905,000 at auction on Wednesday, far exceeding pre-sale estimates and outdoing a previous high price of more than $671,000 paid in Germany last year.

The computer, which had been estimated to sell for $300,000 to $500,000, has an intact motherboard and a vintage keyboard and monitor. It also has a power supply contained in a wooden box and two tape decks, Bonhams said.

“The provenance on the Apple-1 is excellent and the condition is outstanding, so it was not surprising that it did so well,” the auction house’s specialist for the sale, Cassandra Hatton, said in a statement. “We are thrilled to have broken the world record for its sale, and are even more thrilled that it is going to a wonderful new home at the Henry Ford Museum.”

An Apple-1 computer sold last year in Cologne, Germany, for $671,400. Apple, the maker of iPads, iPhones and iMac computers, is based in Cupertino, California.

The auction was Bonhams’ first in New York City of items connected to science and technology. Another item sold was the earliest electrical keyboard, a Helmholtz sound synthesizer from 1905. There were a number of globes, books and other documents and a telescope from 1870. There also was a framed, painted portrait of Bill Gates.