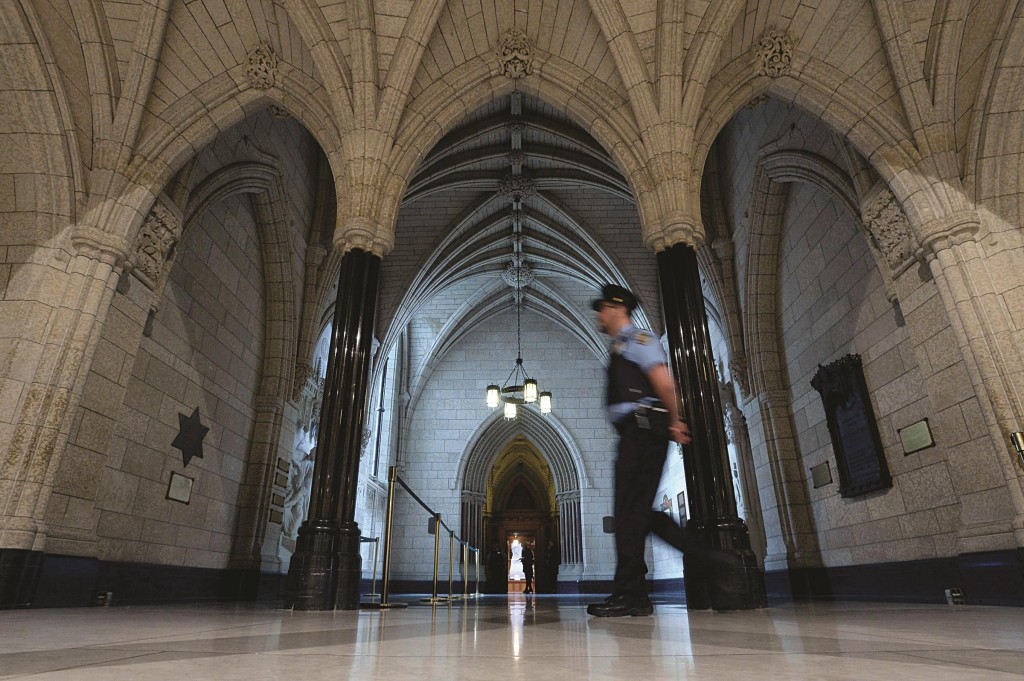 He was a recent convert to Islam and a petty criminal with a long rap sheet. In recent weeks, he had been staying in a homeless shelter, where he talked about wanting to go to Libya but griped that he couldn’t get a passport.

A picture began to emerge Thursday of Michael Zehaf-Bibeau a day after the 32-year-old Canadian launched a deadly attack on Canada’s seat of government that forced the country — again — to confront the danger of radicalized citizens in its midst.

In what the prime minister called a terrorist attack, Bibeau shot a soldier to death at Canada’s tomb of the Unknown Wednesday, then stormed the Parliament building, where he was gunned down by the sergeant-at-arms.

Abubakir Abdelkareem, 29, who often visited the Ottawa Mission, a homeless shelter downtown, said he met Zehaf-Bibeau there. He said Zehaf-Bibeau told him he had an addiction problem and wanted his passport so he could fly to Libya because he thought he could avoid his addiction there. But in the past three days, “his personality changed completely,” Abdelkareem said. “He was not talkative; he was not social” anymore said Abdelkareem.

The Royal Canadian Mounted Police confirmed on Thursday that Zehaf-Bibeau had applied recently for a passport, but said they believe he intended to go to Syria.

Earlier this week, the Mounties said that there are about 90 people in the country who are suspected of intending to join the Islamists fighting abroad or who have returned from such activity overseas. But RCMP Commissioner Bob Paulson said Thursday that Zehaf-Bibeau was not among them.

In an email to the AP expressing horror and sadness at what happened, Zehaf-Bibeau’s mother, Susan Bideau, said that her son seemed lost and “did not fit in,” and that she hadn’t seen him for more than five years until having lunch with him last week.

“So I have very little insight to offer,” she said.

In a brief and tear-filled telephone interview with the AP, Bibeau said she is crying for the victims of the shooting rampage, not her son.

“Can you ever explain something like this?” said Bibeau, who has homes in Montreal and Ottawa. “We are sorry.”

After initially reporting that two or three assailants may have taken part in the shooting rampage, Canadian police conceded Thursday that Zehaf-Bibeau was the lone gunman.