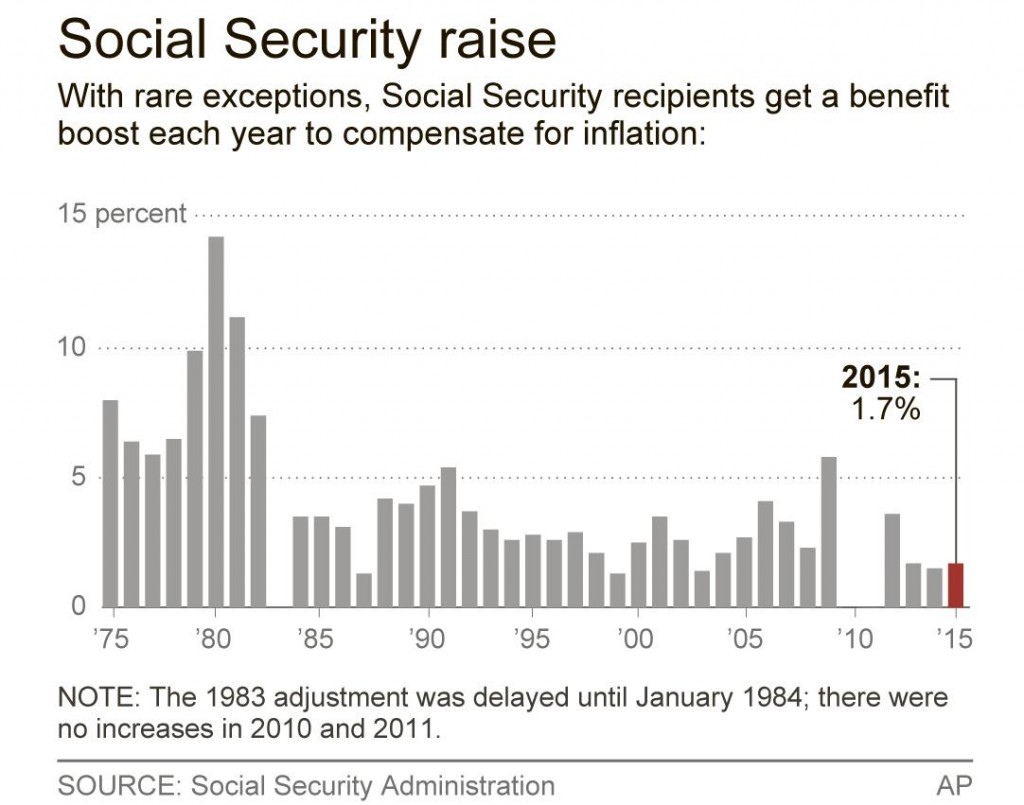 The 1.7 percent cost-of-living adjustment, or COLA, will also boost government benefits for millions of disabled veterans, federal retirees and people drawing disability payments for the poor.

Year after year of tiny increases are weighing on many older Americans.

“What is it going to cover? Not even the cost of one medicine,” said Louis Grosso, a 66-year-old retired doctor who lives in Philadelphia. “Do you know how much my cholesterol medicine is?”

The government announced the benefit increase Wednesday when it released the latest measure of consumer prices. By law, the increase is based on inflation, which has been below historical averages so far this year.

For example, gasoline prices have dropped over the past year while the cost of clothing is up by less than 1 percent, according to the September inflation report.

Even medical costs, which disproportionately affect older Americans, are up just 1.9 percent over the past year.