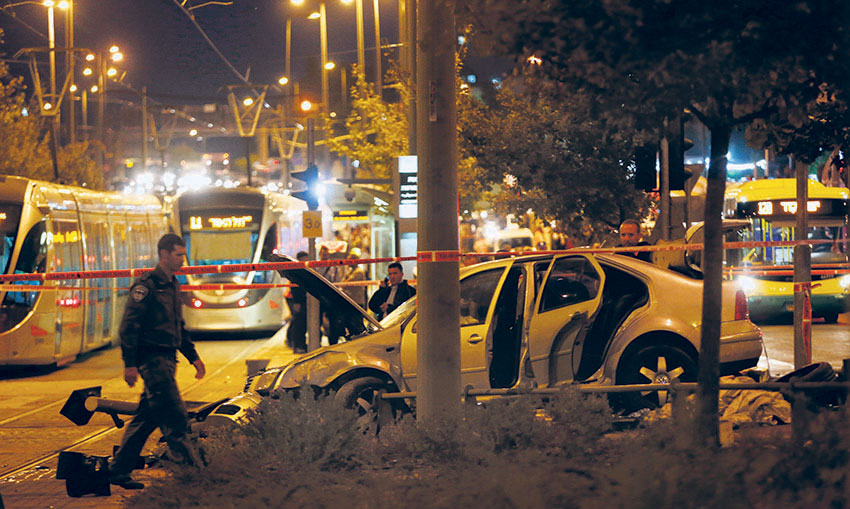 At least nine people were injured Wednesday evening in a terror attack at the Ammunition Hill light-rail station in Yerushalayim. Two were in critical condition, including a three-month old infant,  who later succumbed to her wounds, Hashem yinkom damah.

According to Chezi Roth, a volunteer of Ichud Hatzalah, the terrorist ran over passengers disembarking from the light rail at the station.

The terrorist, a resident of East Yerushalayim, attempted to flee but was shot by the police.

Police spokesperson Micky Rosenfeld said that all injured in the incident were evacuated to local hospitals and that an investigation was ongoing.